With Cook, Mattison out, Vikings give Boone 1st start at RB 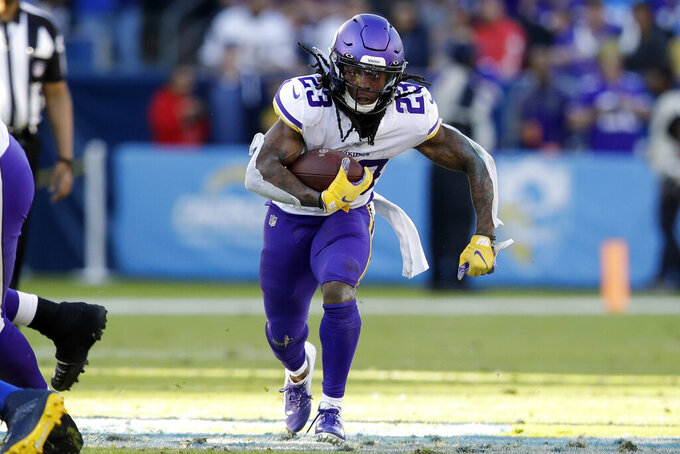 Minnesota Vikings running back Mike Boone runs with the ball during the second half of an NFL football game against the Los Angeles Chargers, Sunday, Dec. 15, 2019, in Carson, Calif. (AP Photo/Marcio Jose Sanchez)

MINNEAPOLIS (AP) — Minnesota running back Mike Boone got his first NFL start on Monday night, with starter Dalvin Cook and backup Alexander Mattison both out with injuries against Green Bay.

Cook, a Pro Bowl pick who's fifth in the league with 1,654 yards from scrimmage, was inactive with a shoulder injury for the first time this season. Mattison was sidelined for the second consecutive game because of an ankle injury.

Boone had 13 carries for 56 yards and two touchdowns last week in a win over the Los Angeles Chargers. The Vikings have clinched at least a wild-card spot in the playoffs.

For the Packers, defensive end Dean Lowry was active despite an ankle injury that had him listed as questionable.