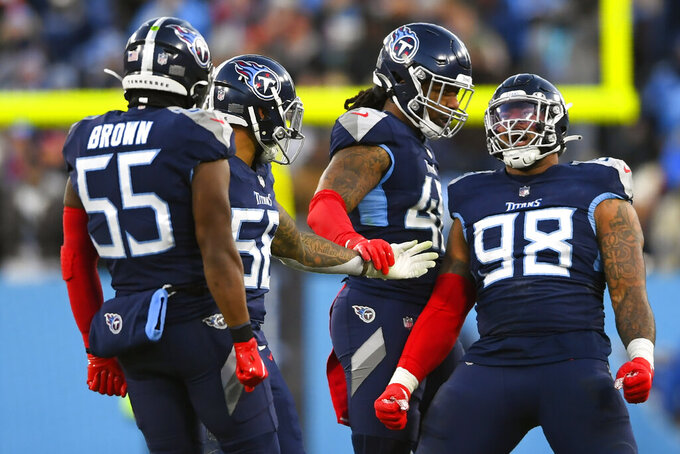 EAGAN, Minn. (AP) — Kirk Cousins will be the Pro Bowl injury replacement for Aaron Rodgers for a third time.

The Minnesota Vikings quarterback was added Monday to the NFC roster. The all-star game will be played Sunday in Las Vegas. Rodgers played much of the season for the Green Bay Packers with a broken toe.

A pair of Tennessee Titans also were added as injury replacements Monday afternoon. Defensive tackle Jeffery Simmons is replacing Chiefs defensive tackle Chris Jones, while left guard Rodger Saffold, a 12-year veteran, is filling in for Quenton Nelson of Indianapolis. This will be the first Pro Bowl appearance for both.

The 33-year-old Cousins was one of only two players in the NFL this season with 30-plus touchdown passes and fewer than 10 interceptions. Rodgers was the other. Cousins posted a 103.1 passer rating, ranking fourth in the league behind Rodgers, Joe Burrow and Dak Prescott.