Cowboys agree to terms on 1-year contract with WR Cobb 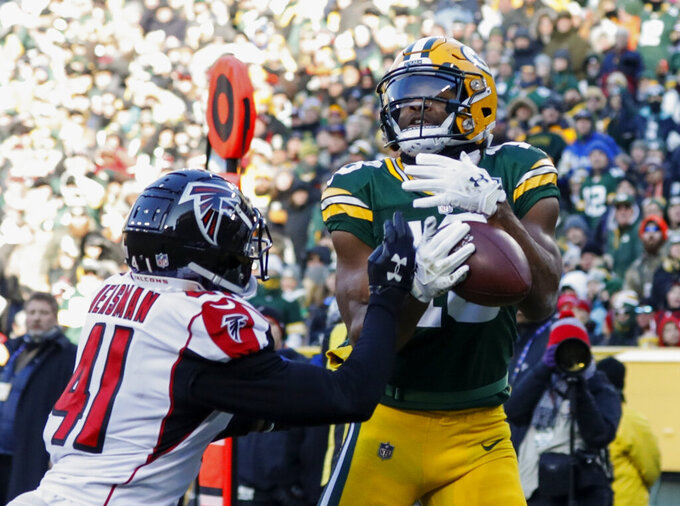 FILE - In this Dec. 9, 2018, file photo, Green Bay Packers' Randall Cobb catches a touchdown pass in front of Atlanta Falcons' Sharrod Neasman during the second half of an NFL football game in Green Bay, Wis. The Dallas Cowboys have agreed to terms on a one-year contract with free-agent receiver Cobb. He spent the first eight years of his NFL career with the Packers. (AP Photo/Jeffrey Phelps, File)

FRISCO, Texas (AP) — The Dallas Cowboys have agreed to terms on a one-year contract with free-agent receiver Randall Cobb.

Cobb spent the first eight years of his NFL career with the Green Bay Packers, though he was limited to nine games last season because of a hamstring injury and a concussion.

Along with the addition of Cobb, the Cowboys on Tuesday re-signed unrestricted free-agent long snapper L.P. Ladouceur They also signed Kerry Hyder, a defensive end from Texas Tech who was with Detroit last season.

Dallas has brought in Cobb and re-signed receiver Tavon Austin to a one-year deal since slot receiver Cole Beasley left in free agency last week for a four-year deal with Buffalo.