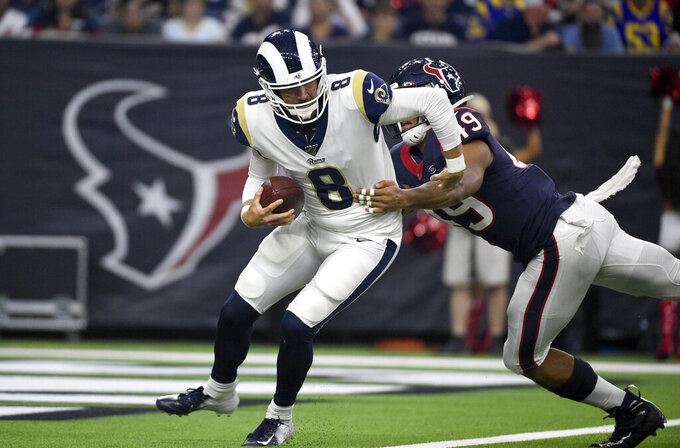 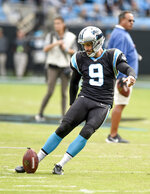 Several NFL teams got a head start on their cuts Friday, a day before they have to trim their 90-man rosters to 53.

"No bitterness, no hate, no ill feelings for the Broncos. I loved every minute I spent in Dove Valley and Mile High," Cravens tweeted.

The Panthers also placed kicker Graham Gano on injured reserve after he struggled to make it back from an injury to his plant leg this summer. Because Gano wasn't included on the 53-man roster the Panthers are preparing to turn in before Saturday's 4 p.m. ET deadline, he won't be eligible to return at any point this season.

The NFL used to have two rounds of cuts, one before the final preseason game and one after. The one cutdown essentially gives 480 more players the chance to make one last impression in the preseason finale.

It doesn't make it any easier for players or coaches this weekend.

"It's not a good part of the job," said Broncos first-year head coach Vic Fangio. "You develop relationships with these guys. They've been here since April with us. I like all these guys and they've put forth good effort and they all have dreams and ambitions.

"For the ones that it won't be here, you know it's hard to tell them that. It doesn't mean we are right, either," Fangio said. "Sometimes you make mistakes. But we're going to try our best to get the right 53 on the team and then the all-important 10-man practice squad because many of the guys that are considered regulars and established players in this league started on the practice squad, so we treat those with a lot of importance."

Also out of work Friday was Tommylee Lewis. He was one of 11 cuts by Detroit. Lewis was the receiver involved in the controversial play late in last year's NFC championship game, when he was playing for New Orleans. He was hit in the fourth quarter by Nickell Robey-Coleman of the Rams, but no flag for pass interference nor a helmet-to-helmet hit was thrown. Los Angeles took advantage of the huge break and won in overtime, and the league opted to add pass interference calls to video replay reviews this season.

Lewis signed with Detroit in the offseason.

Twenty-four hours after Saturday's cutdown deadline, teams can sign up to 10 players to their practice squad, but they have to be rookies or veterans with no more than two accrued NFL seasons. Those players will earn a minimum of $8,000 a week, or $136,000 if they stay on the squad all season.

The minimum rookie salary for those on the roster is $495,000, and the average salary for all players is more than $2 million.