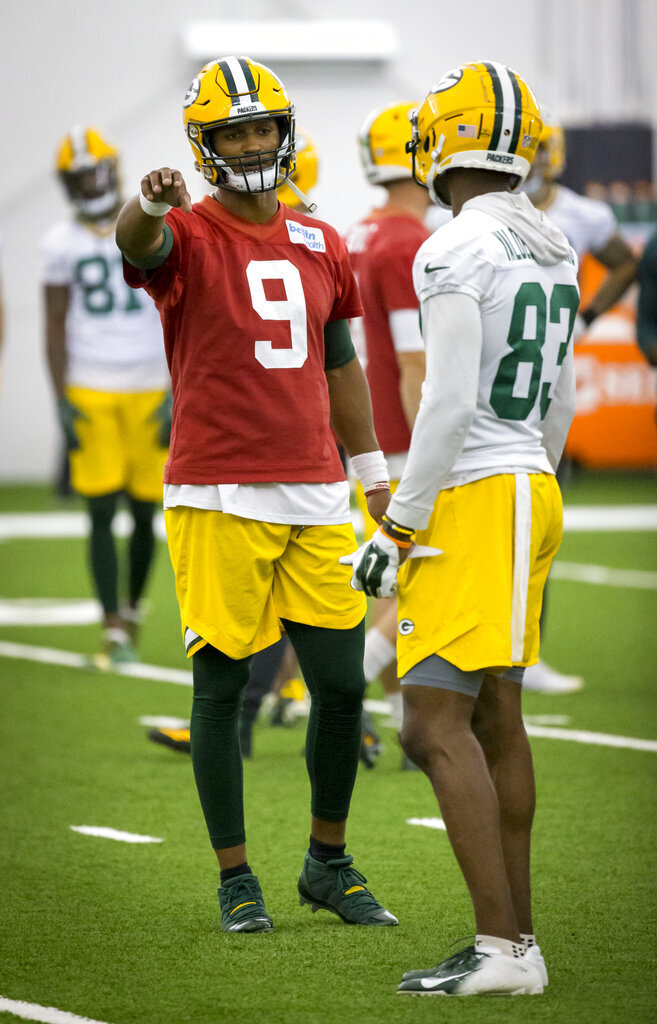 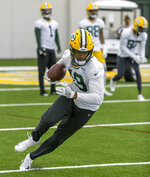 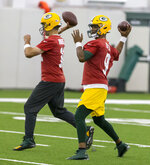 Davante Adams spent a portion of the team's practice Wednesday during mandatory minicamp coaching young wideouts on routes and concepts, a role the sixth-year veteran says he has embraced.

"That's just a trait that I have," he said. "I feel like I've always been a leader. Obviously you come in and you're not as vocal when you're a younger player just because that's just how it goes. You're a small fish in a big pond again and you want to let guys like Jordy, Randall, James Jones, those type of guys, take the brunt of the leadership role and don't step on any toes.

"But now obviously I'm the clear-cut oldest guy in the room. It's just natural, and these guys definitely look up to me and they value my opinion on different things, so I try to lead by example first and foremost and if they need that vocal leadership, then that's when I'll step in with that."

Adams, at 26, is not only the oldest guy in the room, he's also the most productive, by far.

Adams' 35 receiving touchdowns since 2016 trail only Antonio Brown's 36 for most in the NFL during that span. His 111 receptions and 1,386 receiving yards last season were both career highs and earned the 2014 second-round pick out of Fresno State a second straight Pro Bowl selection.

But even Adams admits it has been a challenge learning a new offensive system under new offensive coordinator Nathaniel Hackett and first-year head coach Matt LaFleur.

"It's been like being a rookie again," he said. "Starting off learning it, we're all starting off with a clean slate. I've never been in an offense quite like this before, so to be in this position, it's fun. You get kind of, not complacent, but you get a little comfortable, because I'd been in the old offense so long. So being in this one now where we have a little bit of curveballs that we weren't quite used to, all getting to learn at the same time, it's fun."

Adams says LaFleur is hands-on, has an open mind and has already done a lot, including one-on-one discussions, to make sure Adams and two-time MVP Aaron Rodgers don't lose any of the chemistry that has made them one of the most prolific offensive tandems in the league.

"A lot of it is not necessarily corrections, but him wanting to just get some feedback and see how I felt about something or why I ran a route a certain way so we can kind of get that cohesion," he said.

Adams says he has seen an early spark in second-year pro Jake Kumerow. The 6-foot-4, 209-pound Wisconsin-Whitewater product had only eight receptions for 103 yards and a touchdown last season for Green Bay, but Adams said Kumerow is primed to have a breakout year.

"I think Jake has shown it for a while," he said. "You saw a lot of it in preseason (last year). He made some big plays, some splash plays. You see those all the time. But he's a guy that, every day, you never have to tell him how to work. ... That makes it easy for that leadership role for me, it makes my job a hell of a lot easier. He asks a lot of questions, and you can tell he's starting to come into his own.

"Obviously with everybody learning the offense at the same pace right now, it levels the playing field even more. You can see the confidence, and we've always seen the ability."

Rodgers agreed, making Kumerow an early favorite to secure a spot in the game-day receiver rotation that will likely include Adams, Geronimo Allison, Marquez Valdes-Scantling and Equanimeous St. Brown.

"He's an extremely intelligent guy who's in the right place at the right time," Rodgers said of Kumerow. "He makes fantastic catches, he makes the plays that are there and he does the little things. ... You know the guy's going to do it right. He's going to always be in the right spot. He knows what he's doing all the time and what the other guys are doing. And then when we gets the chance to make plays, he makes plays, and he does it in a super classy, understated way."

NOTE: The Packers will begin training camp on Thursday, July 25. Players will report to Green Bay on July 24, which is also the date of the Packers' 2019 shareholders meeting at Lambeau Field.