Denver Broncos sale could come as early as this month 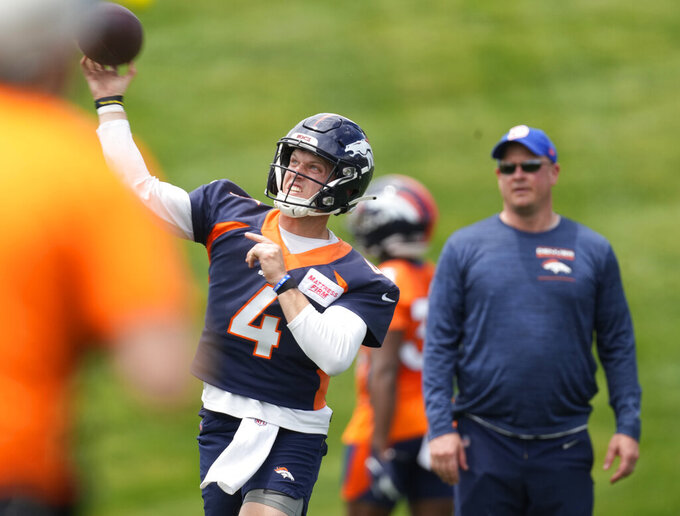 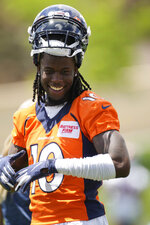 ENGLEWOOD, Colo. (AP) — The Denver Broncos could have a new owner as soon as this month in what's expected to be the most expensive deal in sports history at around $4.5 billion.

A second round of bids for the franchise was due Monday from prospective buyers.

The Pat Bowlen Trust will have to accept the winning bid, and NFL owners will need to approve the sale, likely in July, of the team that's been in the Bowlen family for nearly four decades.

Boehly reportedly was among the investors with one of the five finalists who were invited to make bids for the Broncos by Monday's deadline. Another is Walmart heir Rob Walton, who is considered the odds-on favorite because of his estimated $60 billion in personal wealth.

First-year head coach Nathaniel Hackett demurred when asked Monday during offseason workouts if he's kept up with the sale process that could conclude by month's end.

“My job is to get the team ready and teach systems and teach them to come together as a team and get them better at football,” Hackett said. “I know that’s obviously a huge, huge deal. But for us it’s about winning no matter who is going to own the team, so I’m excited.”

After a first round of bids, finalists were invited to tour the team's facilities and take a deeper dive into the franchise's finances. Hackett said he met with most of the billionaire bidders.

"They want to come to win, and they want to do something great here. And so wherever it is, I think we’re going to be very grateful.”

The Pat Bowlen Trust has run the franchise for several years and last year put the club up for sale after Hall of Famer Pat Bowlen's children couldn't concur on a successor to their father.

Bowlen died in 2019 after a long battle with Alzheimer's, a month shy of his induction into the Pro Football Hall of Fame.

Wide receiver Jerry Jeudy might have to miss Denver's mandatory minicamp next week after suffering an apparent groin injury during individual drills early in Monday's workout.

Jeudy watched the rest of the workout in sweats from the sidelines.

“We're just trying to be precautionary,” Hackett said. “He had a little tweak, so we're just going to make sure he's good for minicamp.”

The Broncos' mandatory minicamp is June 13-15, after which they'll break until training camp in late July.

Jeudy, a first-round draft pick in 2020, figures to be one of the biggest beneficiaries of quarterback Russell Wilson's arrival, if he can stay healthy.

Jeudy, who also missed time last month with a back injury, is entering a make-or-break third year in the NFL after going without a touchdown catch last season, when a high ankle sprain sidelined him for two months.