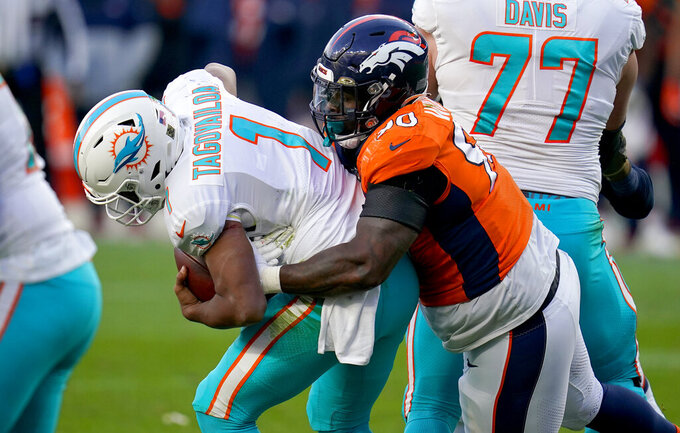 Tagovailoa hurt the thumb on his throwing hand in practice and was limited in practice for the second day in a row.

“He got banged up a little bit,” Flores said. “I don’t think this is something we’re too worried about. ... He's getting treatment, he’s rehabbing. We'll see how this goes. It's sore, but he's a tough kid. He has played through some things before.”

Tagovailoa was sacked six times before being pulled in the fourth quarter of the Dolphins’ loss last weekend at Denver, but he remains the No. 1 quarterback ahead of veteran Ryan Fitzpatrick.

Offensive lineman Jesse Davis was activated off the reserve-COVID-19 list. Davis, who has started the past 52 games, went on the list Monday.