Dolphins' Xavien Howard to go on IR with knee injury 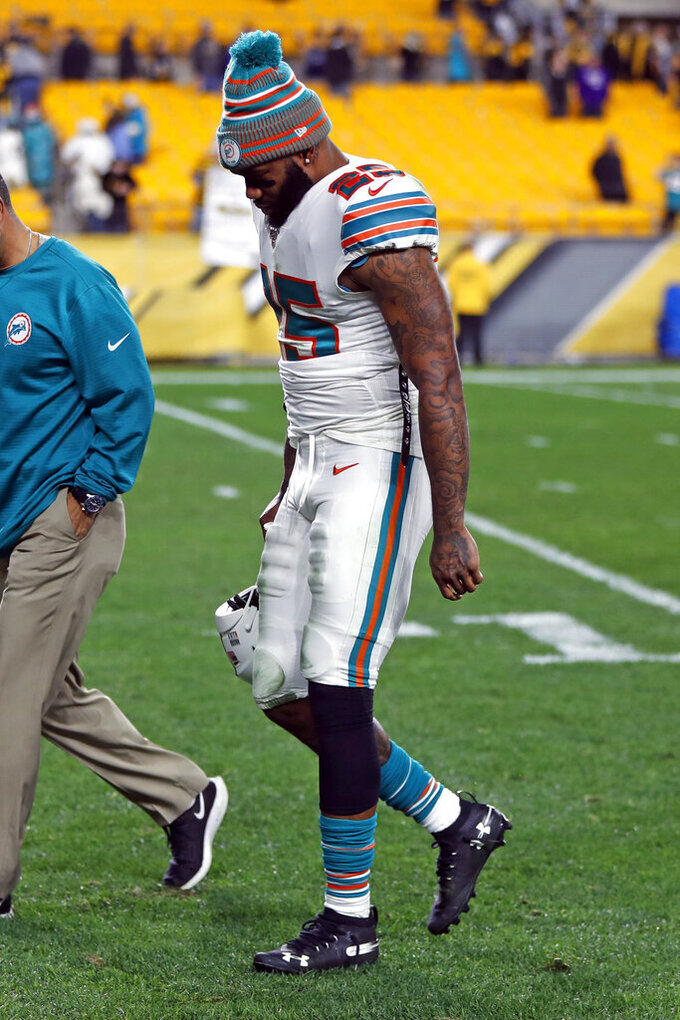 Miami Dolphins cornerback Xavien Howard (25) walks off the field after a 27-14 loss to the Pittsburgh Steelers in an NFL football game in Pittsburgh, Monday, Oct. 28, 2019. (AP Photo/Keith Srakocic)

DAVIE, Fla. (AP) — The Miami Dolphins' shutdown cornerback has been shut down.

Miami decided Tuesday to place Xavien Howard on injured reserve with a knee injury that bothered him in recent weeks, a big blow for a team that has lost its first seven games.

The Dolphins also released tight end Nick O'Leary, who dropped a pass that was intercepted in Monday's loss at Pittsburgh. They were awarded cornerback Xavier Crawford off waivers from Houston.

Howard missed Weeks 6 and 7 and returned against the Steelers but sat out the end of the game. He missed four games because of knee trouble last year and is unlikely to play again this year, raising questions about his long-term health.

"I guess there's not too much concern from my standpoint," Flores said. "He's young, he's tough. Football is very important to him."

In May, Howard agreed to terms on a $76.5 million, five-year contract extension, the most lucrative deal ever for a cornerback. The deal included $46 million guaranteed.

Despite playing only 12 games last year, Howard tied for the NFL lead with seven interceptions and made the Pro Bowl. He had his first interception of 2019 on Monday.