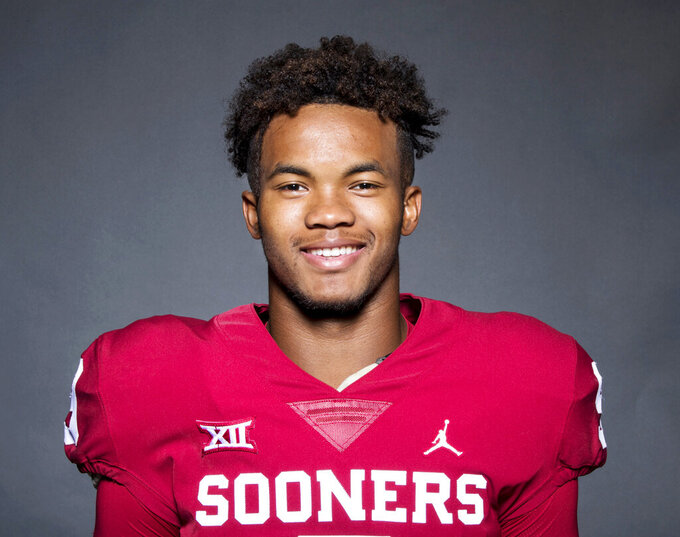 Kyler Murray and then a bunch of defensive linemen.

That's how NFL draft expert Ross Tucker sees things going down this week when the picks start coming in Nashville for this year's version of the draft.

Tucker says he sees the Arizona Cardinals picking Murray, the quarterback from Oklahoma. After that, he told PodcastOne Sports Now co-hosts Jim Litke and Tim Dahlberg, defensive linemen will rule the next handful of picks.

Tucker, a former NFL offensive lineman who hosts popular podcasts, says the most interesting development on the opening night of the draft then becomes which team trades for Arizona quarterback Josh Rosen and what do they give up for them.

"A lot of people believe (Rosen) is a better prospect than the quarterbacks in this draft," he said. "And so you get a chance to trade maybe a second round pick and get Josh Rosen and still use your first round picks on other players. I think that would be the route I would lean and look to go if I were one of these teams like the Dolphins, Redskins or Giants."

Also joining the podcast is Alexi Lalas, the former U.S. national team player and current Fox Sports soccer analyst, who talks about the use of instant replay in the game and previews the Champions League matches next week. Lalas also weighs in on the MSL and its latest expansion plans.

There's also food talk, with Dahlberg questioning why eggs that used to be white are now brown and what that meant for Easter egg coloring at his house.