Eagles RT Lane Johnson out vs. Cowboys with knee injury 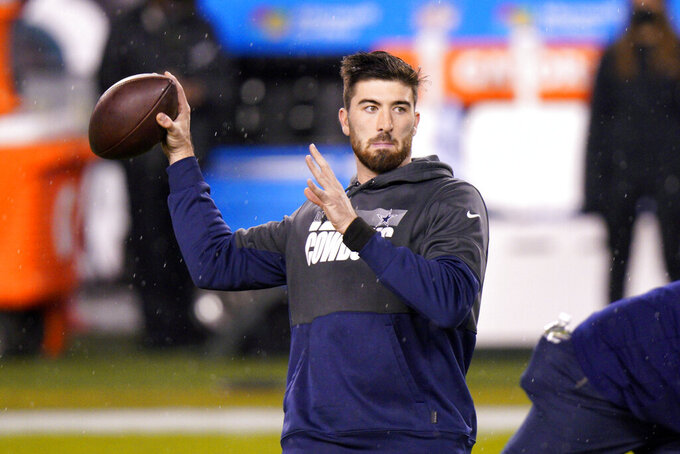 Johnson has a knee injury but practiced fully on Friday and was listed as questionable. The Eagles (2-4-1) had three starters returning from injuries: left tackle Jason Peters, wide receiver Jalen Reagor and tight end Dallas Goedert.

The Cowboys (2-5) were without quarterback Andy Dalton because of a concussion. Rookie Ben DiNucci, a seventh-round draft pick, made his first career start in Dalton's place. Linebacker Sean Lee was also active for the first time this season for Dallas after missing the first seven games with a hernia.

The other inactive players for the Eagles were quarterback Nate Sudfeld and defensive backs Cre’Von LeBlanc and Craig James.