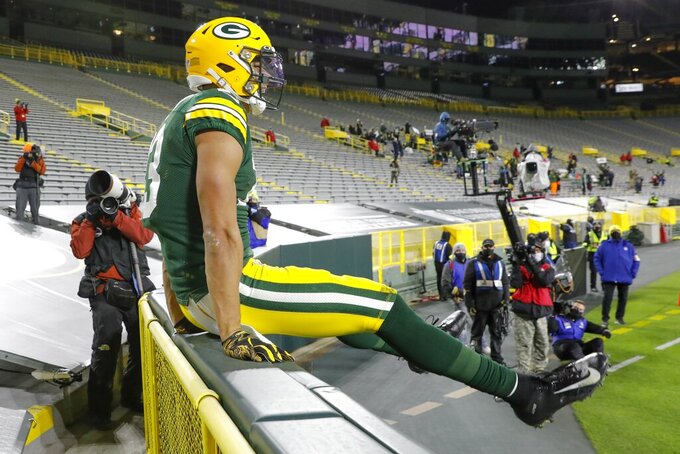 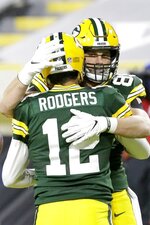 Even after losing each of the last three weeks to fall four games below .500, the Philadelphia Eagles somehow still have a legitimate shot to win the NFC East.

But they’re running out of time to turn things around.

The Eagles (3-7-1) trail the New York Giants and Washington by half a game in the division as they head to Green Bay for a Sunday matchup with the NFC North-leading Packers (8-3).

“Probably every team in the NFC East is going right now, ‘Hey, we control our own destiny,’ “ Eagles coach Doug Pederson said. “We’re just trying to win another game. We’re trying to, at the end, be in first place in the NFC East. As crazy as that sounds, we’re right there in the mix.”

While the Eagles are fighting for their playoff lives, the Packers are breezing toward a second straight division title. They own a three-game lead over Chicago and Minnesota in the NFC North and are coming off a 41-25 victory over the Bears.

Philadelphia still has cause for optimism. The Eagles won 34-27 at Green Bay last year, which marked the Packers’ only home loss during a season in which they went 13-3 and reached the NFC championship game.

That makes the Packers wary, regardless of the Eagles’ record.

“It’s our home,” Packers outside linebacker Preston Smith said. “You never want nobody to come into your home and beat you and have their way.”

This isn’t the same Eagles team that won at Green Bay last year, though.

Quarterback Carson Wentz is struggling behind an offensive line that has gone through several different combinations this season. Even so, the Eagles still have a reliable defense and plenty of incentive.

“This team, it’s a resilient group,” Pederson said. “They’ve battled. They play hard. We just have to eliminate mistakes – penalties, turnovers, try to keep guys healthy. It’s kind of what you want, right? It doesn’t matter how it looks, as long as you’re there in the end with an opportunity to win your division.”

ANOTHER CHANCE FOR SLAY

The Eagles acquired three-time Pro Bowl cornerback Darius Slay to shut down the opposition’s No. 1 receiver. In a 23-17 loss to Seattle, Slay allowed DK Metcalf 10 catches for 177 yards. Slay blamed himself for the loss and vowed to do better.

Now he has to face Davante Adams.

“I am looking forward to going to work this week and getting better for the team,” Slay said. “They deserve it, I deserve it, and this organization does.”

Adams has caught a touchdown pass in six straight games. He's tied for second in the NFL with 11 touchdown catches this season. Adams said he has plenty of respect for Slay, who he has faced when Slay was with the Lions.

“He's one of the better guys that I've seen on the film in the past and this year,” Adams said.

The Packers went 5-0 in December last year and outscored opponents by an average of 9.4 points.

Rookie Jalen Hurts took his first snap with Wentz on the sideline against Seattle on Monday night and completed a 6-yard pass. He handed off on his only other snap with Wentz split wide.

Hurts has played 33 snaps. He’s completed all three of his passes for 33 yards, caught one pass for 3 yards and run 12 times for 56 yards.

“My philosophy is we do whatever it takes to spark the offense, whatever it takes to win a football game and be successful,” Pederson said. “People may think it’s different and you can’t get a guy into a rhythm or whatever, but when you struggle as an offense you’re looking for ways to create some plays.”

“He’s always texting me something before and after the games, just something I should remember or something I need to keep in mind,” said Runyan, a sixth-round pick from Michigan.

Runyan might make his first career start against his dad’s old team. Runyan’s chances depend on the status of usual starting center Corey Linsley and guard Lucas Patrick, who were knocked out of the Bears game with injuries.

Travis Fulgham was released by the Packers in August but has found a home in Philadelphia, where he now has 33 catches for a team-high 467 yards and four touchdowns.

He’s caught the attention of Packers coach Matt LaFleur, who notes that Fulgham has shown an ability to make contested catches throughout the season.

“I’m happy for Travis,” LaFleur said. “I just hope he doesn’t take his revenge out on us on Sunday.”