Ex-Chiefs player, businessman runs for US Senate in Kansas 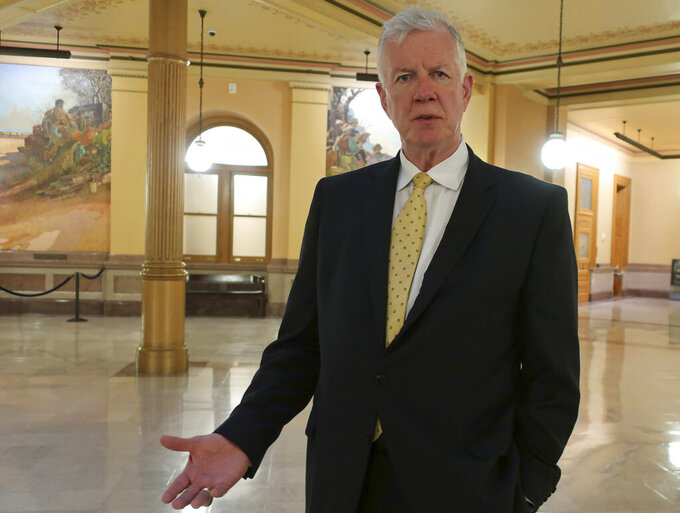 Dave Lindstrom, a Republican candidate for the U.S. Senate in Kansas, discusses his campaign during an Associated Press interview, Wednesday, June 26, 2019, inside the Kansas Statehouse rotunda in Topeka, Kan. Lindstrom, a former Kansas City Chiefs player, says he is running partly because he's worried about what he sees as a growing embrace of socialism and, "I think our country's under attack." (AP Photo/John Hanna) 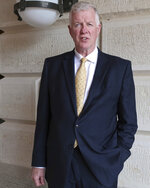 TOPEKA, Kan. (AP) — A former Kansas City Chiefs player and now businessman who has served on local and state government boards is running for the U.S. Senate in Kansas.

Dave Lindstrom, who lives in the Kansas City suburb of Overland Park, launched his bid for the Republican nomination with an event Thursday in Goodland in Kansas' northwestern corner. He said he chose the site to show that agriculture is important and because he's helped organize charity golf tournaments for the local medical center there.

Four-term GOP Sen. Pat Roberts is not seeking re-election in 2020, and at least 15 potential candidates have expressed an interest in running, most of them Republicans. Lindstrom said supporters have encouraged him for months to consider running, pointing to his business experience. He said that and his professional football career give him a "unique background."

"With Democrats hell-bent on unraveling President Trump's agenda, it is critical that Republicans hold Sen. Roberts' seat," Lindstrom said in announcing his candidacy.

Some Republicans fear the possibility of Kobach winning the nomination because he lost the governor's race last year to Democrat Laura Kelly. The GOP hasn't lost a Senate race in Kansas since 1932.

Earlier this year, some top Republicans nudged U.S. Secretary of State Mike Pompeo, a former Kansas congressman, to enter the race. He said he was focused on his job as the nation's top diplomat.

Kelly Arnold, a former Kansas Republican Party chairman, said the GOP has multiple potential candidates who would make good nominees, but many of them need to jump into the race quickly.

"Some candidates are going to need to start fundraising soon," Arnold said.

Lindstrom, 64, played professional football as a defensive end. He was with the Chiefs for eight years. He retired in 1986.

He worked in real estate and as a developer and owned and operated four Kansas City-area Burger King franchises.

He ran for lieutenant governor in 2002 with then-state Treasurer Tim Shallenburger, who lost the general election to Democrat Kathleen Sebelius.

Lindstrom said he's entering the Senate race partly because he's concerned about what he sees as a growing embrace of socialism and "I think our country's under attack."

"People are making promises with other people's money and resources that they cannot keep, that they understand are not sustainable — that will create an environment in this country, of one of entitlement, as opposed to hard work," he said during an Associated Press interview before launching his campaign. "That's what I mean when I talk about socialism."