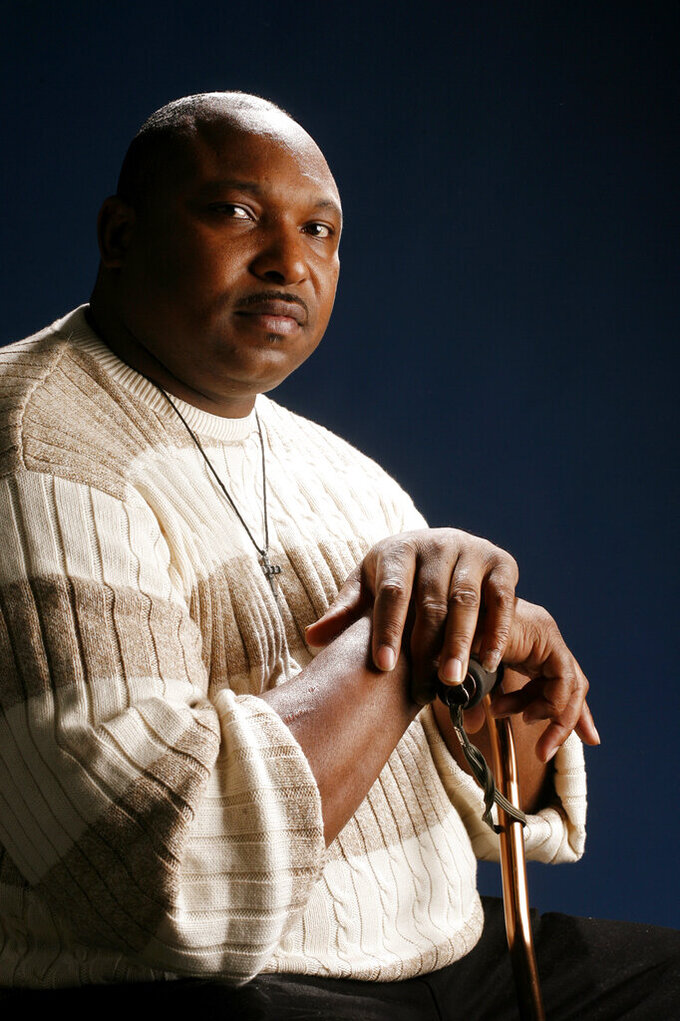 FILE - In this Jan 17, 2009, file photo, Keith McCants poses for a portrait in Mobile, Ala. McCants, a former NFL player, was found dead Thursday, Sept. 2, 2021, at hisSt. Petersburg, Fla., home after a suspected drug overdose, investigators said. He was 53. McCants, a linebacker, was the fourth overall pick in the first round of the 1990 NFL draft by the Tampa Bay Buccaneers. The Mobile, Alabama, native earned All-America honors as a college player at the University of Alabama. ( John David Mercer/Press-Register via AP)

The Pinellas County Sheriff's Office said in an email that deputies were called to a St. Petersburg home about 5:10 a.m. Thursday. McCants was dead inside the house, where others also apparently lived who made the 911 call.

“It appears it was a drug overdose, but we are awaiting confirmation from the medical examiner’s office,” sheriff's spokesperson Amanda Sinni said. “This is still an open investigation."

McCants, a linebacker, was the fourth overall pick in the first round of the 1990 NFL draft by the Tampa Bay Buccaneers. The Mobile, Alabama, native earned All-America honors as a college player at the University of Alabama.

McCants played for three seasons in Tampa, followed by stints with the then-Houston Oilers and Arizona Cardinals before his football career ended in 1995. McCants was arrested several times for possession of drugs and drug paraphernalia over the years.

His longtime friend, St. Petersburg mayoral candidate Robert Blackmon, said he and others who knew McCants decided in 2010 to try to turn his life around.

“This morning, we lost that battle,” Blackmon said in a Facebook post, adding that McCants had renewed optimism after hip replacement surgery in May.

“We began to talk about his future again. The next 20 years. Buying a boat. His signature grin was back. But for every battle I could help him fight, there were others he had to face alone,” Blackmon said.

McCants also had financial troubles, detailed in 2012 in an ESPN documentary titled “Broke,” about former professional players who went through bankruptcy and other money difficulties.

In his NFL career, McCants played in 88 games and recorded 192 tackles, 13.5 quarterback sacks and a single interception he returned for a 46-yard touchdown with the Cardinals.

After retiring from football, McCants became the first Black marine police officer in Alabama at the state Department of Conservation and Natural Resources.