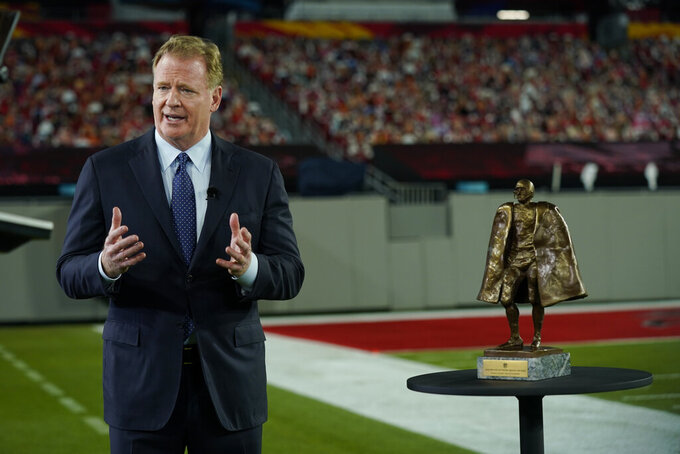 Owner Dan Snyder hired lawyer Beth Wilkinson to conduct an independent investigation in July after several female former employees made allegations of workplace sexual harassment. The NFL in July took over control of the investigation.

“There must be accountability for the actions we believe are detailed in this report,” the employees wrote in their letter to Goodell. “But there cannot be accountability without transparency. And there cannot be healing for any of us without understanding the truth, which will provide confirmation that we are not alone, and that our allegations are supported by others.”

A spokesman said the NFL had not yet received the final report. Wilkinson declined to comment on the status of the investigation, referring comment to the league office.

“If the NFL does not yet have the report, it should let us know when it expects to receive it and commit to making it public (at) once at that time," said Lisa Banks, one of the lawyers representing 40 former team employees.

Goodell said at his pre-Super Bowl virtual news conference that Washington “has made a lot of changes already.” He said findings from Wilkinson's report would be shared with the team “and others.”

Washington hired Jason Wright as team president last summer and is in the midst of an internal review of all gameday operations.

Seventeen former employees signed the letter to Goodell by name and three others anonymously. They asked for identities and other private information to be redacted but for the league to make the results of the investigation available to the public.

“Not to do so here would be a betrayal of the many women who courageously came forward to provide vital information to assist with the NFL investigation," Banks and fellow attorney Debra Katz wrote in another letter to Goodell dated Thursday. “For its own credibility, it is crucial that the NFL release the investigative report, while also protecting from disclosure any witnesses who requested confidentiality. Without public scrutiny of the report's findings, our clients and the public at large will not be able to trust the NFL to police this type of behavior and act decisively to penalize those in its ranks, including owners, who allow women to be exploited and mistreated.”