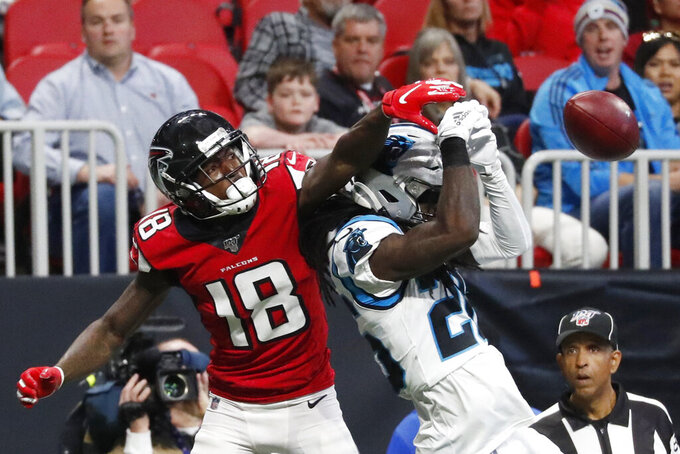 FLOWERY BRANCH, Ga. (AP) — Falcons receiver Calvin Ridley and cornerback Desmond Trufant will miss the rest of the season after getting hurt in a win over Carolina.

Coach Dan Quinn confirmed Monday that both players are done for the year and are expected to make full recoveries.

Ridley caught a team-high five passes for 76 yards and a touchdown against the Panthers before he sustained an abdominal injury. Trufant suffered a broken forearm in the second quarter.

Both players are former first-round draft picks, Ridley in 2018 and Trufant in 2013.

Ridley caught 63 passes this year for 886 yards and seven touchdowns. Trufant had a career-best four interceptions despite missing four games with a toe injury.

The Falcons (4-9) are out playoff contention as they prepare to visit San Francisco (11-2) on Sunday.