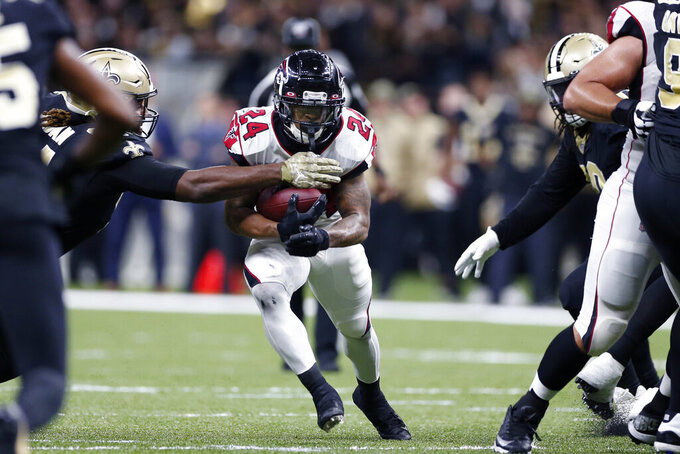 All three were ruled out Friday. Freeman sustained a sprained foot in last weekend’s upset victory over New Orleans, while Hooper went down with a sprained knee. Ishmael won’t play against the Panthers because of a concussion.

The Falcons (2-7) will have starting cornerback Desmond Trufant, who is set to play for the first time since Week 5. He’s been out with a toe injury.

Quarterback Matt Ryan was limited in practice throughout the week while dealing with an ankle injury. But he will make his second straight start at Carolina.