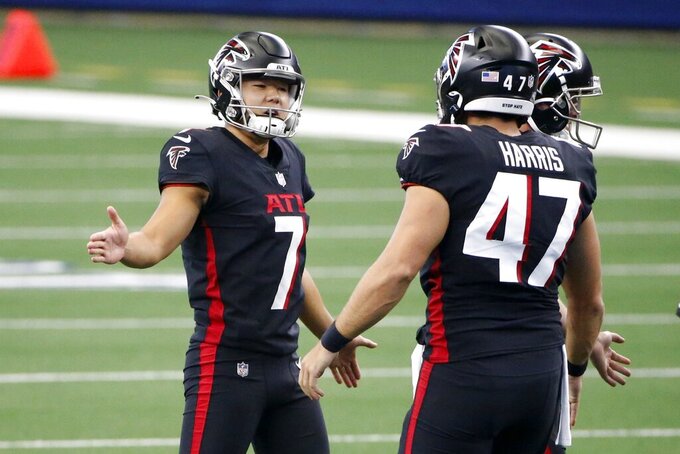 Koo was injured during the warmup for last weekend's loss to the Chicago Bears. He missed a field goal, an extra point and was not able to handle kickoffs.

Koo did not practice Thursday.

Fry was originally signed by the Chicago Bears in 2019. He also has spent time with Baltimore, Carolina and Tampa Bay but has not appeared in an NFL game.

Fry connected on 66 of 88 field goal attempts at South Carolina, where he was the leading scorer in school history.

In a corresponding move, the Falcons released former Georgia punter Cameron Nizialek from the practice squad.