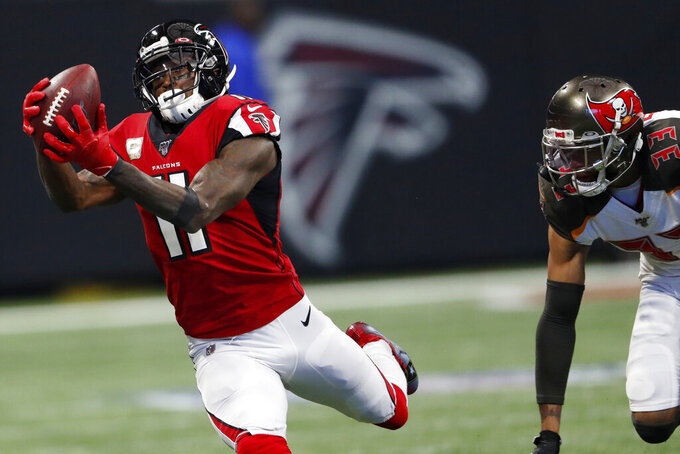 FLOWERY BRANCH, Ga. (AP) — The Atlanta Falcons, again preparing to be without tight end Austin Hooper against New Orleans, have bolstered the position by signing Carson Meier to the 53-man roster.

Hooper will miss his third straight game with a knee injury on Thursday night against the Saints. Tight end Luke Stocker, who has started for Hooper, is listed as questionable with a back injury. Jaeden Graham is next on the depth chart at tight end.

The Falcons say wide receiver Julio Jones also is questionable with a shoulder injury suffered in Sunday’s loss to Tampa Bay. Jones and Stocker did not participate in Wednesday’s practice.

Meier, an undrafted rookie from Oklahoma, was signed from the practice squad.