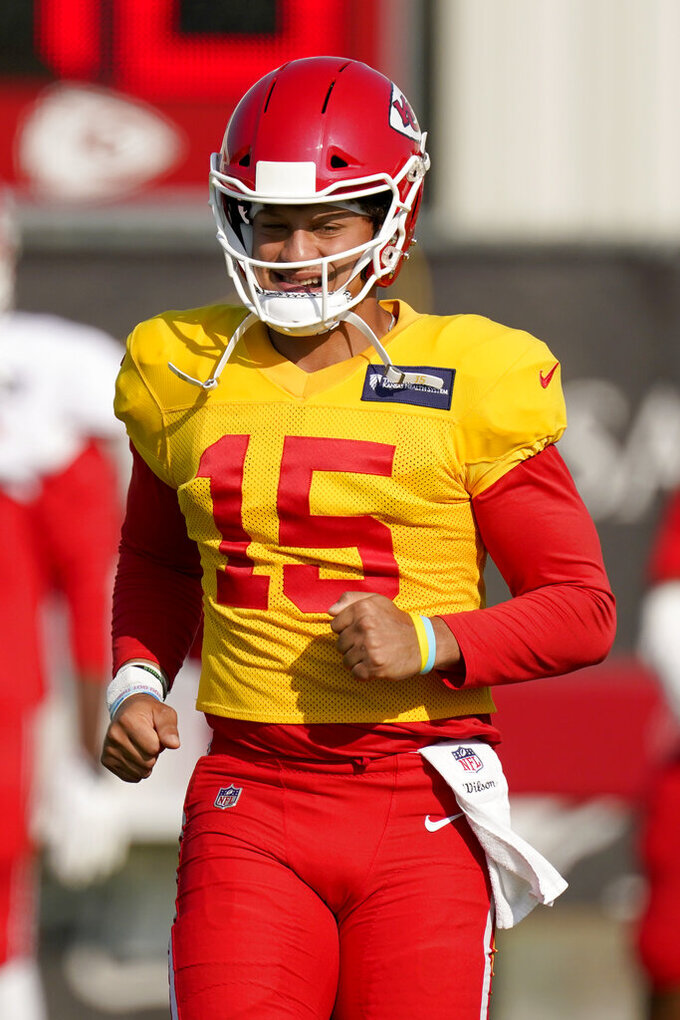 Some leagues have sought to change that by adding a “superflex” which allows a QB to start in the normal “FLEX” position in fantasy football.

However, for the most part, savvy fantasy owners know that the correct strategy is to wait on quarterbacks in 2020.

Lamar Jackson and Patrick Mahomes shook that trend at the position last year and were actually a big part of league-winning fantasy football teams.

Dak Prescott and Jameis Winston scored a surplus of points and there is really a tier of "haves" and “have-nots” at the QB position now.

Essentially, if you do not get a quarterback who can run, you are going to be at a weekly disadvantage at the QB position.

Combined with the flattening of wide receiver scoring, 2020 marks one of the first years in fantasy where it makes sense to actually select a quarterback in the mid-rounds.

The group of guys after Lamar and Mahomes: Prescott, Kyler Murray, Russell Wilson, Josh Allen and DeShaun Watson should be your priority in your fantasy draft this year.

In particular, Prescott seems like the best value at the position. There has been some fantastic discussion in the fantasy football space this offseason on why drafting “mid-round QBs” finally makes mathematical sense and Dak is basically the clear reason why.

Prescott, Murray, Watson, and Allen (and Jackson and Mahomes) are all projected to have above league-average passing stats while also adding in at least 50 fantasy points with their legs over the course of the season.

Compare this to a decade ago: only nine total QBs threw 500 or more passes and only one of those QBs added more than 15 fantasy points with their legs (it happens to be Mark Sanchez).

Of all QBs, Prescott is the best positioned to have a huge season that puts him in the top five overall scorers.

Dallas led the NFL in yards per play last season while dedicating more than 160 targets to Jason Witten and Randall Cobb. Those two have been replaced by CeeDee Lamb and Blake Jarwin.

Prescott finished second in the NFL in passing yards last season, but actually had his lowest tally of rushing yards and touchdowns in his four-year career.

The hiring of Mike McCarthy and the retention of Kellen Moore could make Prescott an elite pick even in the fifth round of your draft.

However, there is always going to be room for a sleeper at the quarterback position. If you can get fifth-round production out of a player you selected in the 12th round, you can’t ever be upset about that.

The right answer to that sleeper QB this year is likely Daniel Jones who can provide a cheaper version of the stats that Allen will provide.

You can like Jones the fantasy quarterback without liking Jones the actual NFL QB. Much like Allen was able to finish as the QB6 last season despite nine interceptions and 14 fumbles, Jones has the capability to propel himself to a top-five fantasy finish.

Jones was one of the most turnover-prone players in the NFL season, but had five games of at least 300 yards passing, added 295 rushing yards, and two rushing TDs in 11 games.

Jones had a wild weekly variance in 2019 with poor games against New England and Green Bay in particular but also had some of the highest highs of anyone at the position.

Surrounding Jones are Sterling Shepherd, Golden Tate, Darius Slayton, Evan Engram, and one of the most efficient pass-catching backs in the NFL, Saquon Barkley.

As the fantasy football markets have gotten sharper, it has gotten much more difficult to draft truly league-winning players such as Jackson in 2019, Mahomes in 2018, or Prescott in 2017.

Even Allen now goes well inside the top 100 picks of fantasy drafts. Jones is our last bite at the apple for a QB with at least 4,000 passing yards while also adding 50 or more fantasy points with their rushing ability. He will likely have wider variance on a weekly basis than we want, but no late-round QB offers a better asymmetric upside bet.

Now, of course, there are a few QBs that we don’t want to draft, but can still be OK in the context of our teams. We are not fading Ben Roethlisberger or Matt Ryan because we do want to target JuJu Smith-Schuster and Calvin Ridley frequently in drafts.

While we are not heading into our drafts with the plan of taking the non-rushing QBs, outside of maybe truly no upside players such as Derek Carr or Philip Rivers, there aren’t players who are truly not worth drafting. Even the Gardner Minshew/Jimmy Garrapolo/Joe Burrow/Teddy Bridgewater tier of QBs has appealing stack options though they are all better as your second QB in best ball as opposed to your planned Week 1 starter.

Your overall QB strategy this year should be fairly simple. Make sure that you are targeting a quarterback who is going to add points over the course of the year with his legs. If you aren’t able to secure one of those players in the top 100 picks of your draft, then you can call an audible and try to match your highest-drafted pass catcher with his quarterback.

If you take Julio, make sure to get Ryan. If you take A.J. Brown, waiting on Ryan Tannehill is a reasonable bet.

Overall, QB is really the position that is going to have the least impact on your weekly win-loss record so it is more about avoiding mistakes than hitting home runs.