FANTASY PLAYS: Players to start and sit for NFL Week 5 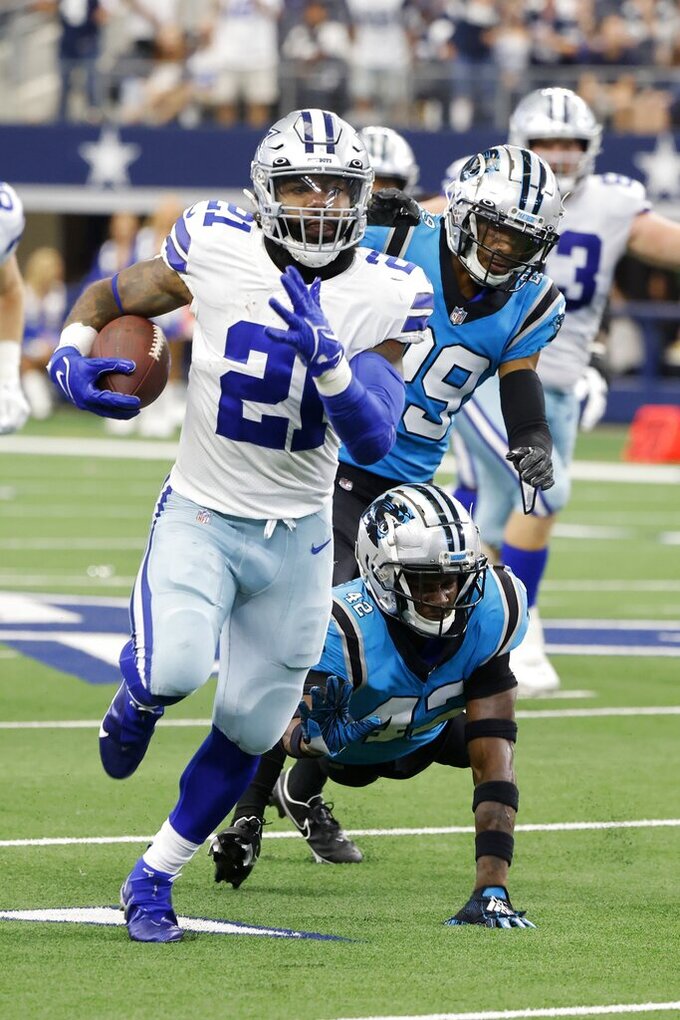 Dallas Cowboys running back Ezekiel Elliott (21) runs the ball after getting past Carolina Panthers safety Sam Franklin (42) in the second half of an NFL football game in Arlington, Texas, Sunday, Oct. 3, 2021. (AP Photo/Michael Ainsworth)

The Carolina Panthers’ defense started the season hot, but were a little less scary last week against Dak Prescott and the Dallas Cowboys. That sets up well for Jalen Hurts to continue his fantasy success. Hurts has played to opponent expectation as a passer, but has run 8.5 times for 56.5 yards per game.

On the flip side of that game, we have Sam Darnold, who likely won’t run for multiple touchdowns every week. But that’s OK. He’s aggressive and has averaged a 9.0-yard average depth of target (compared to the position average of 7.6) with 6.0 downfield attempts per game (16-plus air yards). The Philadelphia Eagles rank 22nd against the pass, by our metrics, and they’re 29th in yards per target allowed on downfield passes.

(asterisk)If Trey Lance gets the start, his top-12 odds would increase. He ran seven times for 41 yards in Week 4 in limited action game.