FANTASY PLAYS: Players to start and sit for NFL Week 6 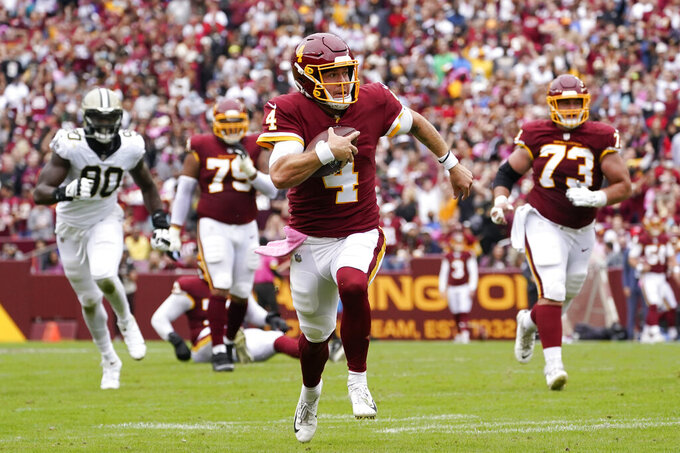 Taylor Heinicke could have a shootout game against the Kansas City Chiefs, a game with a really fast pace and two poor defenses (both sides are 26th or worse in overall adjusted defense). Heinicke has roughly league-average passing numbers and has, overall, overperformed versus expectation based on his efficiency splits.

Consider if needed — This tier is sitting between 40% and 59% for an RB2 week, and you’re probably starting most of them even if they’re shy of that top tier.

Consider if needed: These players are more matchup-dependent than the tier above but are likely where we are looking for a lot of our WR2, WR3, and FLEX plays this week.