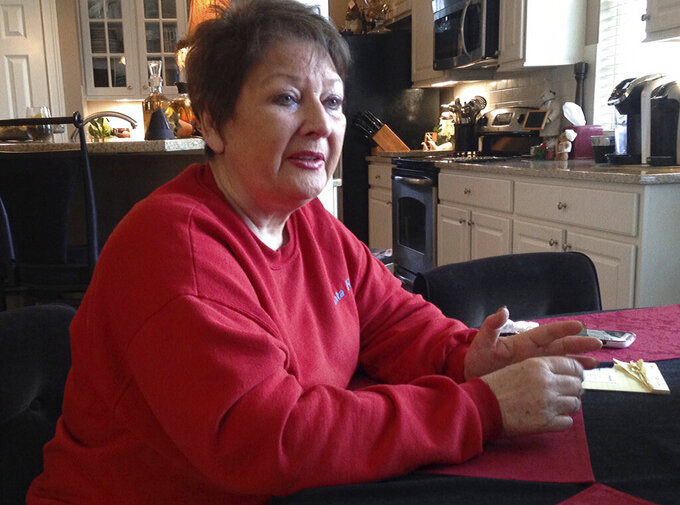 COLUMBUS, Ohio (AP) — Multiple individuals defrauded in a scheme perpetrated by an ex-Ohio State and NFL quarterback and his accomplice should receive money from the former player's share of a national concussion settlement, an Ohio prosecutor is arguing.

Prosecutors say Schlichter promised college and NFL game tickets, including to the Super Bowl, but never delivered despite receiving thousands of dollars in payments.

One of Schlichter's victims was retiree Anita Barney, the widow of a former Wendy's CEO, who lost nearly her entire life savings to Schlichter. Yet Barney also defrauded multiple friends and acquaintances under Schlichter's direction and ultimately pleaded guilty to two felony theft counts for her involvement in the scheme, narrowly avoiding prison time. She was ordered to pay $427,000 to 19 victims.

Schlichter has received nearly $700,000 from a national settlement with the NFL over concussions suffered by players, according to a federal court filing last week by Franklin County Prosecutor Ron O'Brien.

Of that, Barney is entitled to about $177,000 as one of Schlichter's victims, the filing said. However, O'Brien says that money should go to Barney's 19 victims.

O'Brien asked a judge on June 16 to order the money currently held by a federal clerk of courts be turned over to the state, which will allow the money to be distributed to the victims. That is the “only vehicle available to the State of Ohio and the victims of Ms. Barney to obtain justice,” O'Brien said.

A phone message and an email message were left with Barney's attorney seeking comment.

Meanwhile, a defense attorney is again seeking early release for the 60-year-old Schlichter, this time because of dangers presented by the coronavirus to prison inmates.

“Though there is much to be learned about the virus, it is well known that those in the Defendant's age group are at a significantly higher death risk if infected,” defense attorney Stephen Palmer wrote in a March filing. “This is particularly true when there are pre-existing health conditions.”

O'Brien's office opposes the move and notes that just three months ago, Schlichter was disciplined by prison authorities for gambling. Schlichter is currently housed in a federal prison in Florence, Colorado.

“Schlichter has not changed while imprisoned and to the extent he is released early he will be gambling and stealing sooner than the ten years agreed upon when he was sentenced,” O'Brien said in an April filing.

Schlichter played for Ohio State between 1978 and 1981 and later for the Baltimore and Indianapolis Colts and Buffalo Bills, and the Detroit and Cincinnati Arena League teams.

Before his most recent conviction, Schlichter spent 10 years in prison in Indiana for other gambling-related crimes.

Upon release in 2006, Schlichter wrote a book about his addiction, “Busted,” and became an anti-gambling crusader. But even as he railed against casinos during church appearances, he was racking up new gambling debts.