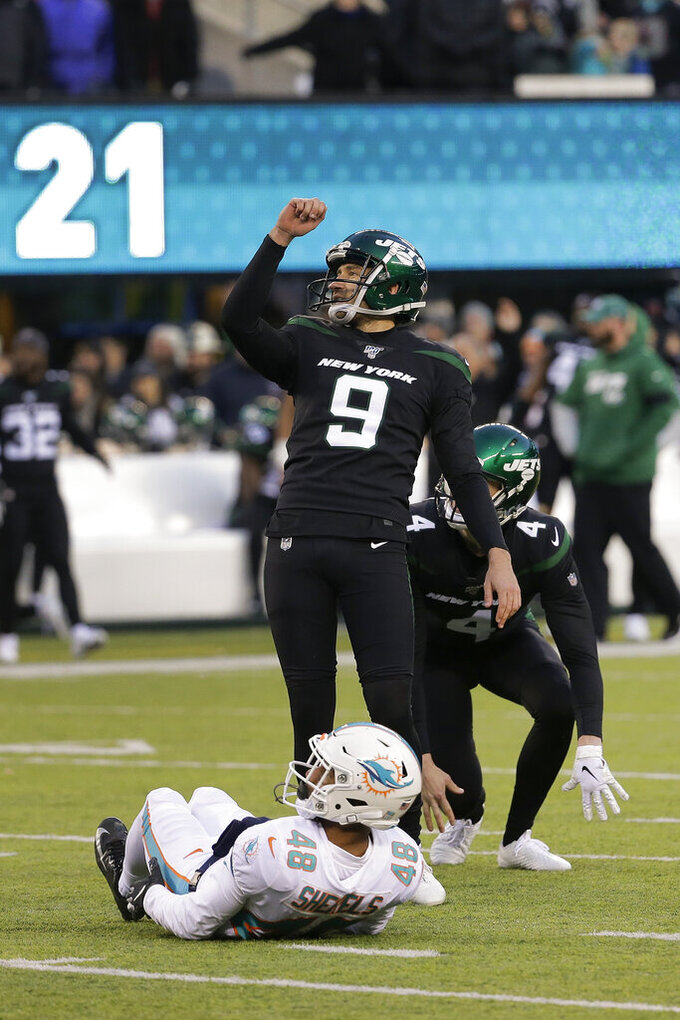 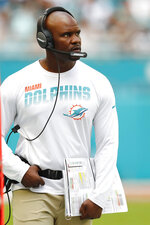 DAVIE, Fla. (AP) — The Miami Dolphins coach who screamed and cursed and chased an official at the end of his team’s latest loss was in a more reflective mood 24 hours later.

“I get over things pretty quickly,” Brian Flores said Monday. “It’s an emotional game. It’s my anger, but it’s for the players. I’m upset for them.”

The Dolphins (3-10) lost 22-21 at the Jets on Sunday after a pass interference penalty was imposed on Miami via replay review in the final minute, negating a fourth-and-18 situation for New York.

“Say what you want about the call,” Flores said. “We didn’t make enough plays to win the game. It wasn’t just that call.”

Flores’ patchwork offense was remarkably productive considering the personnel available, thanks in part to the unlikely duo of receiver Isaiah Ford and running back Patrick Laird.

“Just when you thought this season couldn’t get any crazier,” quarterback Ryan Fitzpatrick said.

Ford, a third-year pro who entered the game with two career catches, made the most of his opportunity after receivers DeVante Parker and Albert Wilson left and entered the concussion protocol. Ford finished with six catches for 92 yards.

“I’ve had confidence in myself the entire time that I can play at this level,” Ford said.

Laird, an undrafted rookie, made his first NFL start as Miami’s fourth starter at running back this year. He contributed 48 yards rushing and 38 receiving.

The Dolphins had 22 first downs, lost only one turnover and punted just once.

For the first time since their historically bad start in September, the Dolphins failed to score a touchdown. They stayed in the game only because Jason Sanders kicked a team-record seven field goals in eight attempts.

The stalling in scoring territory represented a reversal for the Dolphins. Since Week 6 their touchdown rate in the red zone had been 80%, best in the NFL.

“There were a couple of throws that I missed, and couple of things we could have done better,” Fitzpatrick said.

Given the injuries at receiver, Flores said he was content to kick field goals and keep the game close.

“I’m a defense guy. I’m a field-goal guy. That’s kind of how I’m wired,” he said. “Do you want to punch in it in the red zone? Always. But not every game is that way.”

Flores and his staff continued to juggle the lineups in both lines.

Defensive end Taco Charlton leads Miami with five sacks, twice the total of any teammate, but was a healthy scratch. Coaches want his run defense to improve.

Rookie guard Mike Deiter, who had started every game, was demoted to a reserve role and played as a sub. Rookie guard Shaq Calhoun, who has started three games, was healthy but inactive.

Parker has had a breakout year in his fifth NFL season because he has finally been able to stay healthy — until now. He needs 118 yards for his first 1,000-yard receiving season.

65 — Fitzpatrick had 65 yards rushing, the second-highest total in his 15-year career. He has 186 yards rushing this season, 15 less than team leader Mark Walton, who was released last month.

The Dolphins play in the same road stadium for a second week in a row Sunday when they're at the New York Giants (2-10). For the first time this season, the Dolphins will play a team with a worse record, but they’re nonetheless early underdogs for the 14th time in as many games.

By Josh Dubow 57 minutes ago
By Dennis Waszak Jr. an hour ago
By The Associated Press 2 hrs ago
By Stephen Whyno 10 hrs ago
By Dan Greenspan 13 hrs ago