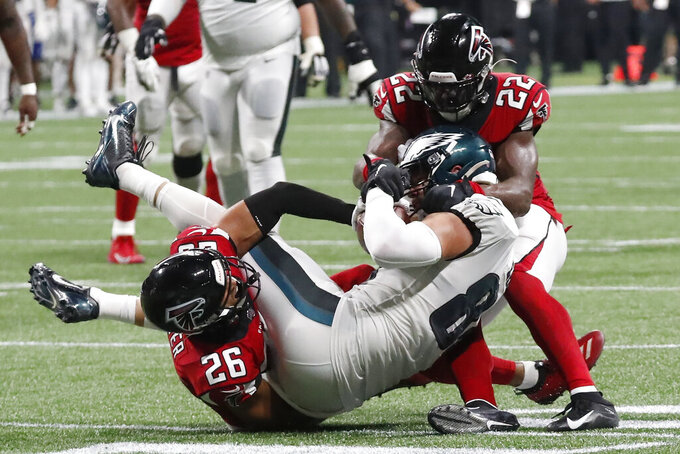 NEW YORK (AP) — The new television season hasn't begun yet, but the football season has, and it's carrying the networks in the interim.

Between football and "America's Got Talent," NBC won the network ratings race. The network averaged 5.7 million viewers in prime time. ABC was second with 4.5 million, CBS had 3.9 million, Fox had 3.1 million, ION Television had 1.3 million, Univision had 1.2 million, Telemundo had 1.1 million and the CW had 570,000.

Fox News Channel was the week's most popular cable network, averaging 2.42 million viewers in prime time. ESPN had 1.89 million, MSNBC had 1.71 million, Hallmark had 1.38 million and HGTV had 1.32 million. HGTV's heavily-promoted home renovation show with actors from "The Brady Bunch" reached 3.37 million for its premiere.

ABC's "World News Tonight" topped the evening newscasts with an average of 7.9 million viewers. The "NBC Nightly News" had 7.6 million and the "CBS Evening News" had 5 million.