On Football: COVID-19's effect on the NFL now and up ahead 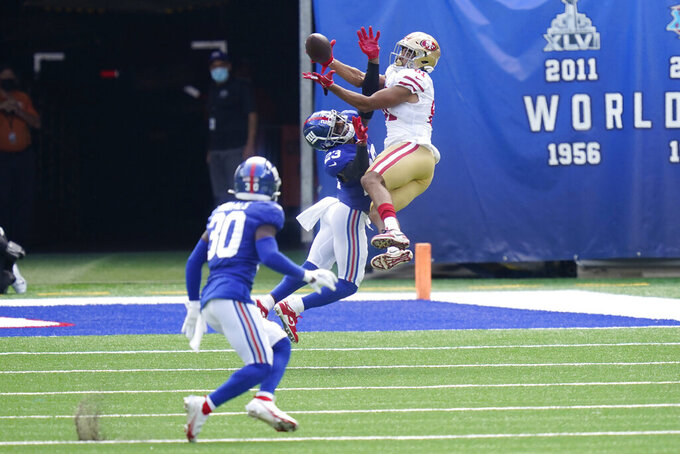 He had to. So have a couple thousand players and hundreds of team personnel after a coronavirus outbreak struck the Tennessee Titans.

“I think awareness is the big key there with staying disciplined, staying diligent in what we’re doing, our habits that we undertake inside the building and outside the building,” McDermott said. “We try and focus on the opponent this week, which is the Raiders, obviously, but also being aware of what’s going on around us in our world. Not just the NFL but our world. There’s things like this popping up all over the place.”

McDermott spoke before President Trump and his wife revealed that they tested positive for COVID-19.

“Sometimes we get insulated in this NFL piece and we lose sight of what’s going on around us,” McDermott added. “Look, we’re going to do the best we can and try to remain disciplined through the season here.”

Through the season? McDermott, the other 31 NFL coaches, and anyone involved in the league can only hope further such cases — and even more major disruptions to the season — don't occur.

Unlike in baseball, pro football teams can't play doubleheaders to make up postponements. Yes, they can play on a Sunday and then a Thursday night — once during a 16-game schedule.

Unlike the NHL, which did a superb job of staging its Stanley Cup playoffs in two bubbles in Canada with no positive tests, the NFL has eschewed that approach. The league also is allowing fans — allegedly social distanced and wearing masks — to attend some games where local governments allow, something MLB and the NHL didn't do.

All of that would be fine if the league avoids any more coronavirus outbreaks. Considering that it is heading into Week 4 — less than one-quarter of the full schedule — and a significant disruption has happened doesn't bode well as we move closer to the colder months, when some medical experts believe another COVID-19 surge could happen.

“There’s an understanding about the responsibility you have,” Packers star quarterback Aaron Rodgers said. “From the start, I’ve said we don’t need to be babysitting guys. There’s an adult accountability that goes along with playing this game and (dealing with) your health, and I think guys are doing a good job. It’s just one team at this point that we’ve seen, and all the tests we’ve had, we had a run for a long, long time with zero positive tests. Obviously there were a couple, there’s been I guess double figures now in that organization that tested positive.”

The NFL actually caught a break scheduling-wise, if anything involving a pandemic can be considered so. Adjusting the Steelers-Titans matchup only involved moving some bye weeks and affecting one other club, the Ravens.

But given that the Titans have seen their number of positive coronavirus tests increase daily, what happens if it impacts the Week 5 game against McDermott's Bills? Perhaps that would need to be moved. But to when? Or Tennessee might have to play despite being decidedly shorthanded, a competitive disadvantage that the NFL always frowns upon when caused by outside forces.

“When we’re trying to pull off a season and it’s just a reminder how quick that can spread when people get it,” 49ers coach Kyle Shanahan said. “It happened to the Titans this week and you see what happens, and once that happens you do have to shut things down, and that is a huge deal. If you let that get out of hand, that would be very tough for our league finishing the season.”

The NFL has as many or more contingency plans as there have been Super Bowls, which is 54 so far. Among the possibilities should there be more outbreaks that cause rearranging of the regular-season schedule is making up postponements in January. Yes, January when the playoffs normally would be. That would certainly beat having playoff qualifiers decided using some formula because not everyone got in 16 games.

Of course, the NFL's title game probably could be played on the moon in the middle of the night and it would remain America's most popular sporting (and in some ways cultural) event.

"I wish them the best of luck and tell them guys to wash their hands a little more.”