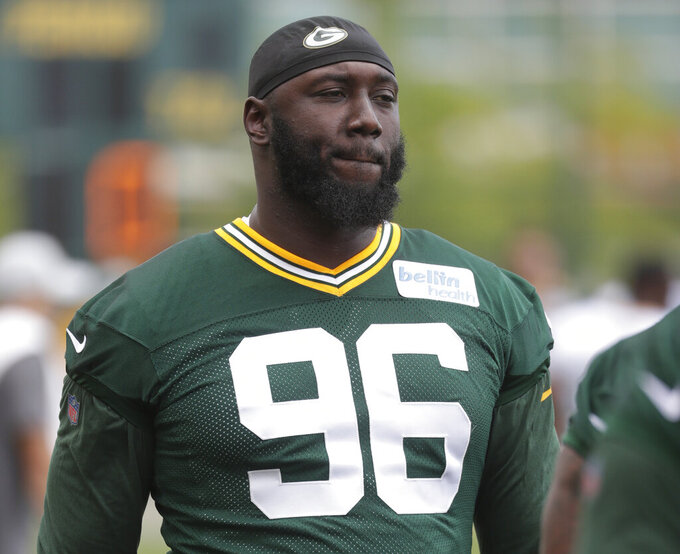 NEW YORK (AP) — Former New York Jets defensive end Muhammad Wilkerson was charged with driving while intoxicated after his arrest Saturday in New York City behind the wheel of a late-model Rolls-Royce.

A police spokesman told The Associated Press that the 29-year-old, 6-foot-4 player was arraigned in Manhattan Criminal Court and released on his own recognizance.

In addition to DWI, he's accused of ignoring a stop sign and driving while ability-impaired. Police said he was driving a 2019 Rolls-Royce when he was pulled over Saturday at 3:40 a.m. in the Washington Heights neighborhood with a blood-alcohol level of .09; the legal limit is .08.

His attorney, Alex Spiro, did not immediately respond to a request for comment.

The Linden, New Jersey, resident is scheduled to appear in court July 8, according to court records.

His arrest was first reported by the New York Post.

Wilkerson was drafted in the first round by the Jets in 2011 out of Temple University and made the Pro Bowl after the 2015 season. His time in New York was largely disappointing because of injuries, inconsistency and off-field issues. He was once ejected from a game and penalized $20,000 for his part in an on-field altercation that included a hit to the head of a Green Bay Packers player, according to the National Football League.

Wilkerson broke his right leg in the Jets' regular-season finale in 2015, but was given a five-year deal worth $86 million and returned in time to start the 2016 season, though noticeably affected all year by lingering issues in his right ankle.

He got off to a slow start in 2017 while dealing with shoulder and toe injuries. The one-time fan favorite also fell out of favor because of what many perceived as a poor work ethic; he was disciplined for tardiness with the Jets and was benched for one quarter of a game in each of his last two seasons in New York.

After being released by the Jets following the 2017 season, Wilkerson signed a one-year deal with Green Bay as a free agent in March 2018. He played in only three games before injuring his left ankle and needing surgery. As a free agent, Wilkerson has not yet signed with any team this offseason.

For his career, Wilkerson has 44 ½ sacks, one safety, 10 forced fumbles and 410 combined tackles.