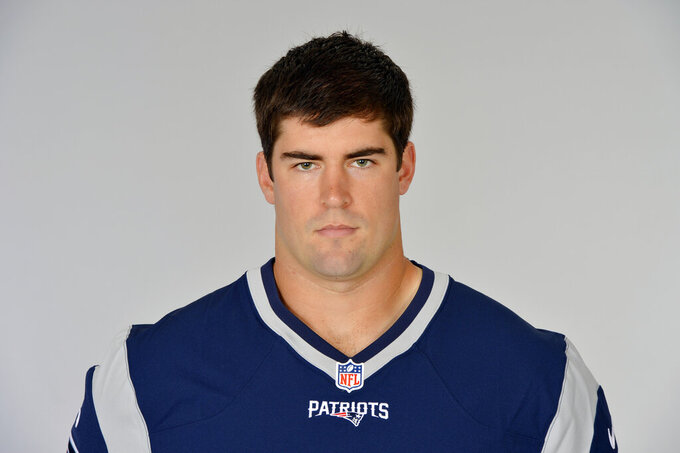 Bequette, an Army veteran and former Razorbacks player, launched his bid with a online video touting his football and military background. Bequette, 32, played for three games for the New England Patriots in 2012 and five games the following season.

“What's happening in Washington these days is a disgrace. Democrats have been taken over by radical socialists, and too many Republicans just go along to get along," Bequette says in the ad as images of House Speaker Nancy Pelosi, Senate Majority Leader Chuck Schumer and New York Rep. Alexandria Ocasio-Cortez flash across the screen.

Boozman, who was first elected to the seat in 2010 and was reelected in 2016, faces a crowded primary next year. Other challengers include Jan Morgan, a Hot Springs gun range owner who unsuccessfully ran against Gov. Asa Hutchinson in the 2018 GOP primary. Three Democrats are seeking the party's nomination to challenge Boozman in the solidly red state.

Boozman, also a former Razorback, won the endorsement of former President Donald Trump this year. He reported in April having more than $1.1 million in the bank for his reelection bid. Boozman served in Congress representing northwest Arkansas before was he as elected to the Senate.

Boozman also has the support of other top Republicans in the state, including fellow Arkansas Sen. Tom Cotton and former White House press secretary Sarah Sanders, who is running for governor.

“John Boozman is a relentless, effective fighter for Arkansans," Toni-Marie Higgins, a spokeswoman for Boozman's campaign, said in an email. “John looks forward to sharing his strong, conservative record and continuing to serve the people of Arkansas.”

Bequette's campaign site touts him as “a true conservative who will advance the Trump conservative agenda." Bequette doesn't mention Boozman by name in his announcement video, but in an interview he said he thought the incumbent senator has spent too much time in Washington.

Bequette said he supports repealing the Affordable Care Act. He also called for completing construction of a wall along the United States' border with Mexico that Trump advocated but has been suspended by the Biden administration.

This story has been updated to correct that Jan Morgan ran for governor in 2018, not 2014.