Gabe Jackson eager to provide a boost up front for Seahawks 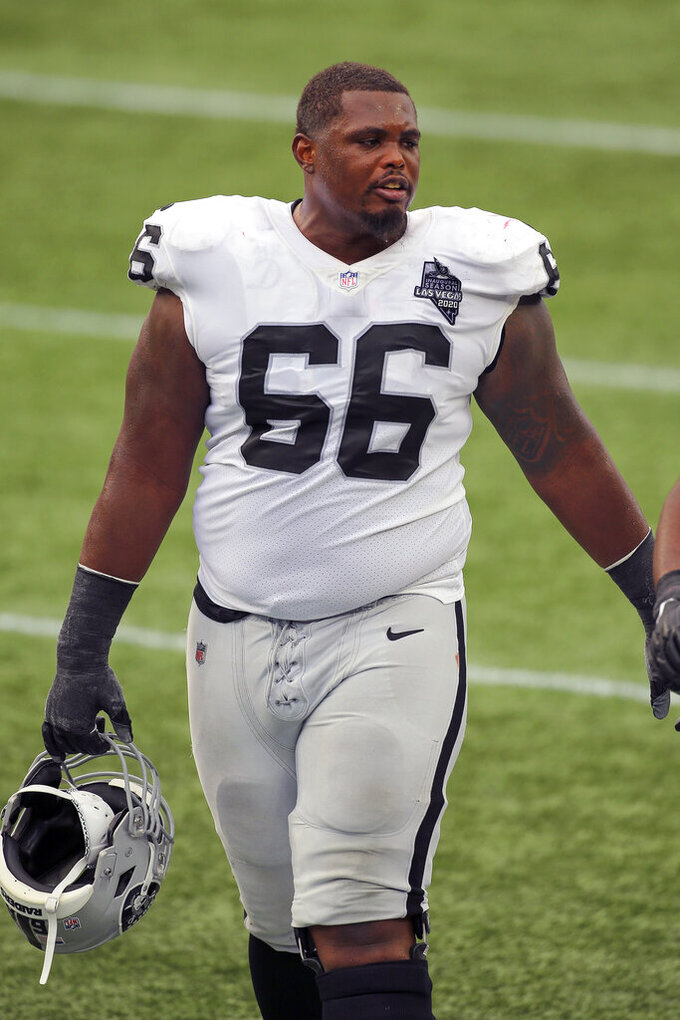 SEATTLE (AP) — Russell Wilson made it clear this offseason that something had to be done about the offensive line for him to remain on board with the direction of the Seahawks.

It was essentially an ultimatum from Seattle’s franchise quarterback.

And that’s where Gabe Jackson comes into the picture. Deemed expendable by the Las Vegas Raiders after seven seasons, he quickly caught on with the Seahawks, who jumped at the opportunity to add a proven veteran in the mold of their prototypical interior offensive lineman.

“As an offensive lineman, or a player in general, I feel like you’re always under a microscope,” Jackson said during a video conference Tuesday. “But the best thing you can do is just be yourself and work hard, take coaching and just do your best. If you do everything right, you’re training right, you practice right and all that will pay off on Sundays.”

Despite Wilson’s comments in February that he wants more protection and is tired of getting hit too much, acquiring Jackson is the only significant step Seattle has taken so far to address the offensive line.

The Seahawks did bring back starting center Ethan Pocic and re-signed backups Jordan Simmons and Cedric Ogbuehi. But in terms of a big splash move, it’s been only Jackson.

“I know it’s a great group of offensive (linemen) and I’ve watched them play, and I’m just excited to play with them because I know we can be great,” Jackson said.

Jackson became available as Las Vegas began a major overhaul of the offensive line. While he won’t solve all the line problems in Seattle, his arrival is a step toward making Wilson happy.

Seattle believes in Jackson enough that it restructured his contract with an extension that can keep the 29-year-old tied to the Seahawks through the 2023 season.

“I actually got a little bit longer deal than I had in Vegas, but it’s not too much different. Just a little extension,” Jackson said.

Seattle needed to find a replacement at left guard following the retirement of Mike Iupati. While Jackson has primarily been a right guard in his career, he has played left guard in the past. The Seahawks believe Jackson and Damien Lewis have the versatility to play either guard position.

Jackson said he doesn’t have a preference and the coaching staff has not talked with him yet about the direction they want to go.

Jackson has started 99 of 100 career games but last season was significant as Jackson played in all 16 games for the first time since 2016. Between proving he can play a full season and having a new address to call home, Jackson said it feels almost like he’s been drafted again.

“It was a great feeling for me, not being selfish, but just to finish out the full length of the season with no injuries — mild, minor stuff here and there like some bruises — but just to make it through (with) my teammates for the whole year and play well, it felt great,” Jackson said. “And the new start, it feels like draft day. Feel like I’m a rookie all over again.”