Giants activate practice squad QB Webb to back up Jones 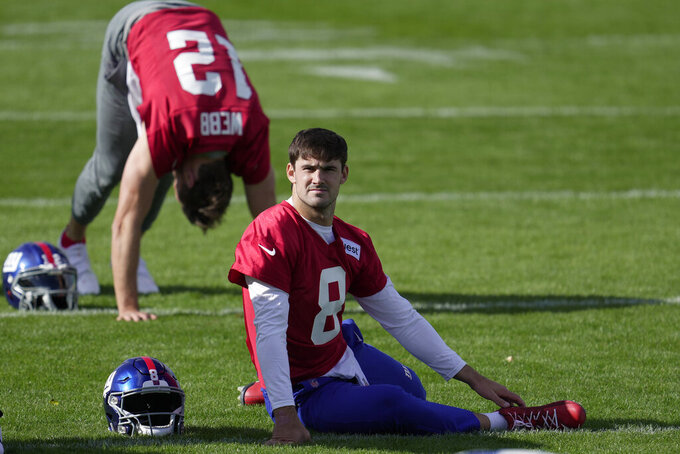 LONDON (AP) — The New York Giants elevated quarterback Davis Webb from the practice squad on Saturday to serve as a backup to Daniel Jones against the Green Bay Packers at Tottenham Hotspur Stadium.

Tyrod Taylor has been the second choice but he got a concussion in last Sunday's 20-12 win over the Chicago Bears and was ruled out Friday.

The 27-year-old Webb has never thrown a pass in an NFL game. He spent the past three seasons on the practice squad in Buffalo, where now-Giants coach Brian Daboll was the offensive coordinator.

The Giants had drafted the 6-foot-5 Webb in the third round in 2017 but waived him during final roster cuts before the 2018 season. Webb had transferred to Cal after three years at Texas Tech, where he lost his starting job to Patrick Mahomes after being injured.