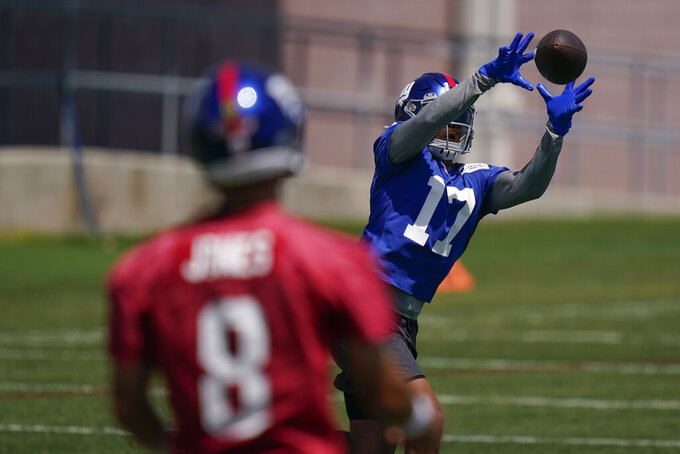 The team said it was holding an organizational function instead of a practice. That means the next time the Giants and coach Brian Daboll will get together on the field will be July 26, when the team reports for the start of training camp.

With a new coach, the Giants were allowed to start offseason workouts two weeks early. It's possible Daboll was able to finish what he wanted to install and gave the players a break on the final day.

Players seemingly didn't know their final workout would be canceled but they did meet as a group on the field after Wednesday's practice.

“That was just something that some of the leadership put together,” safety Julian Love said Wednesday. “Just to make sure everybody is holding each other down, especially as we go into this break, doing the right things, just off-the-field stuff. Making sure everybody is OK, has a resource to reach out to, stuff like that.”

Love would not say whether the Giants did the same thing last season but he said it was important to talk.

“Everybody wants to just be back and be ready to go come training camp,” he added. “That’s the goal. So that’s what that was about.”