Goal for Dolphins' Brazilian guard is to play in NFL game 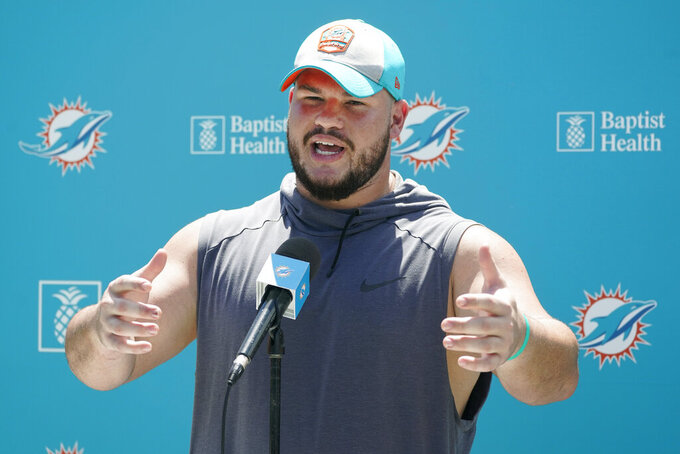 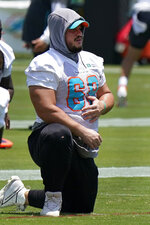 “My English is getting better,” he said, “but don’t expect a lot from me.”

Queiroz’s English has no doubt improved since he arrived from Brazil to join the Dolphins in April 2019 as part of the NFL’s international player pathway program, but that’s nothing compared with how far his football skills have come.

Heading into his third season with the Dolphins, Queiroz is still focused on the goal he brought to South Florida: playing in an NFL regular season game.

“This is everything I want since I came here,” Queiroz said. “Every day I practice, practice and practice. For the last two years, I’ve been watching all of my teammates on the weekends go for the game and I have to stay. Every week has made me more hungry for that. I want that. I want to be in a game. Nothing is more important for me than being in a game to help my team.”

A native of Diamantino, Brazil, the 6-foot-4, 330-pound Queiroz spent every week of the past two seasons on the Dolphins’ practice squad, and that might be the most realistic scenario for him again in 2021. But it was noteworthy that he took snaps this week with the second-team offense.

The Dolphins had Queiroz working as a defensive tackle when he first began practicing, but he was moved to the offensive line during that 2019 season.

“He has made significant improvement over the last two years,” coach Brian Flores said. “He’s gone in and done a nice job. His mental errors are down. His technique is better. We’ll just continue to see if he continues on the trajectory that he’s on and try to build on it on a daily basis.”

Pursuing his dream can get lonely sometimes for Queiroz. His parents are in South Florida for training camp, but then they’ll go back to Brazil and he’ll be without family around him again.

“Life is hard,” Queiroz said. “I’m doing this because it’s my dream to be here."

Queiroz, who will turn 29 on Aug. 27, said his football has improved at a much higher rate than his English since 2019, which is logical considering his previous experience consisted of playing in Brazil, a nation famous for its futbol, not its football.

The position switch from the defensive line to the offensive line slowed Queiroz’s progress, but he has never lost sight of the ultimate goal. And he’ll keep plugging away until he reaches it.

“The things in life don’t happen like the way we want,” Queiroz said. “I came in on the D-line, I said, ‘It’s close. It’s going to happen in one or two years.’ Then they changed my position. ...