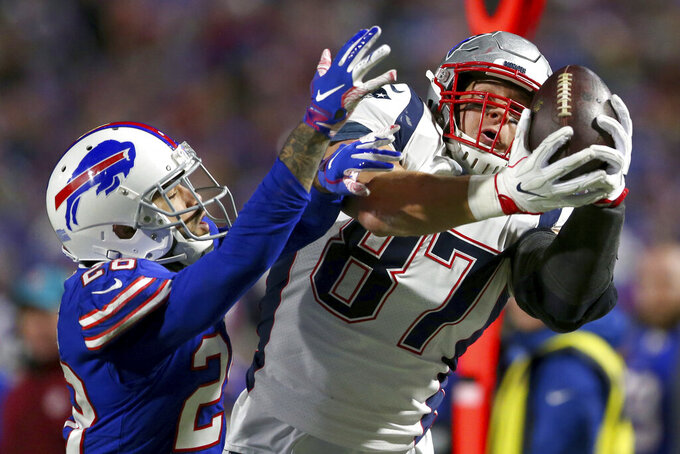 The WWE's annual wrestling extravaganza — often called the Super Bowl of wrestling — was originally scheduled for April 5 at the home of the Tampa Bay Buccaneers in Raymond James Stadium. WWE announced this week it would move its card to the closed set at WWE’s training facility in Orlando, Florida.

WWE will hold WrestleMania over two nights for the first time ever April 4 and 5 from the performance center. Gronkowski, a three-time Super Bowl champion, tweeted he would explain the new format and his role on Friday's live edition of "Smackdown."

Brock Lesnar is set to defend the WWE championship against Drew McIntyre at WrestleMania. Gronkowski stormed over the barricade at WrestleMania in 2017 and bro-hugged real-life friend and wrestler Mojo Rawley after he won the Andre the Giant battle royal.