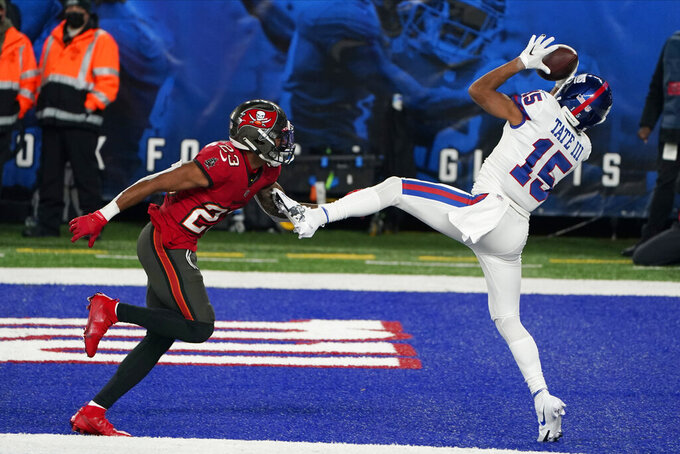 Tate did not travel Saturday with the Giants for the game. The team said Tate's absence was not injury related.

The 31-year-old veteran caused a stir late in Monday night’s loss to Tampa Bay after catching a touchdown pass by screaming at a TV camera, “Throw me the ball!” The following day, Tate’s wife, Elise, went on social media to complain that her husband was being underutilized despite being open.

Coach Joe Judge had a long talk with Tate this week and said the situation was handled internally.

“He’s made a lot of plays over these last couple of years, and I certainly have a lot of trust in him as a player,” Jones said. “I certainly value our relationship, respect him. My job is to distribute the ball to our playmakers and let them make plays. He’s a great player, and we’ll keep trying to get him the ball.”