Heinz out, Acrisure in as Steelers' stadium sponsor 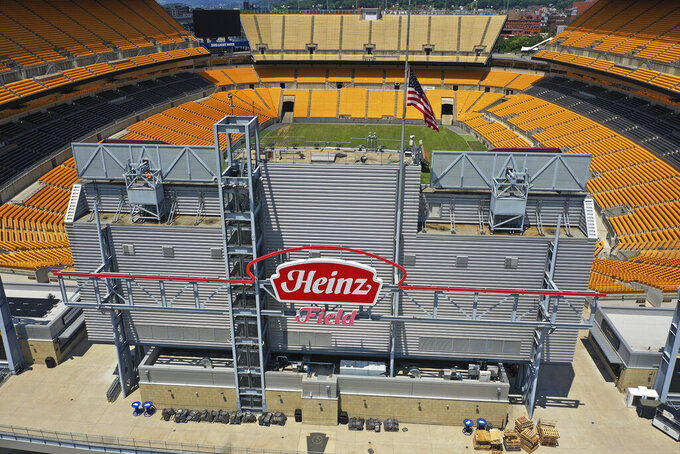 PITTSBURGH (AP) — The Pittsburgh Steelers have run out of Heinz. And they're not running to the store to grab more.

The Steelers announced Monday that the organization has ended its longtime partnership with the formerly Pittsburgh-based food company, which had served as the title sponsor for the NFL franchise's home stadium on the city's North Shore since it opened in 2001.

The 68,400-seat venue will be known as Acrisure Stadium after the Steelers reached a 15-year sponsorship agreement with the Michigan-based financial tech company. Financial details were not disclosed.

“Acrisure provided us with an opportunity to ensure our stadium continues to be a valuable asset for our fans as well as keeping up with the market value of NFL stadiums,” Steelers president Art Rooney II said in a statement.

Heinz initially signed a 20-year sponsorship agreement with the Steelers that was scheduled to end after the 2020 season. The two sides came to terms on a one-year extension that ran through 2021 but Heinz opted not to pursue a new deal.

Sports Business Journal reported in 2019 that Heinz's time as the stadium's sponsor was running out, primarily because the company — which dates back to Western Pennsylvania in the late 1860s — was acquired by Kraft in 2015 and moved most of its business offices to Chicago.

The Steelers moved from Three Rivers Stadium to Heinz Field in time for the 2001 season. The venue next to the confluence of the Allegheny, Monongahela and Ohio Rivers also serves as the home of the University of Pittsburgh football team.