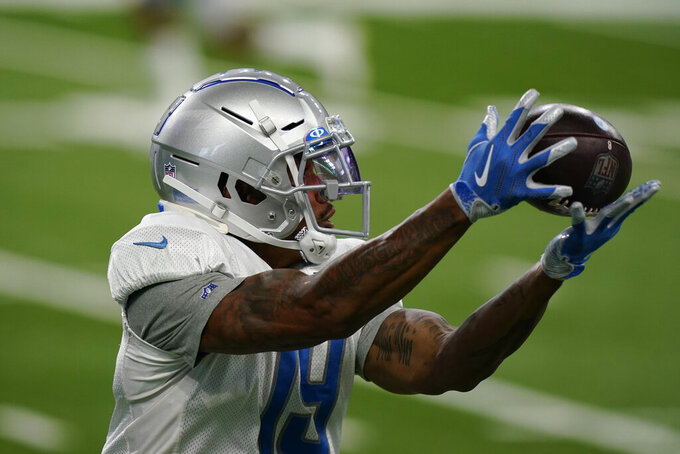 Packers coach Matt LaFleur had said earlier Friday that Clark wouldn’t be playing in the Packers' home opener. Clark was knocked out of a season-opening 43-34 victory over the Minnesota Vikings because of a groin injury.

“I know he’s doing everything in his power to be back as quickly as possible, but he won’t be able to play this weekend,” LaFleur said.

Bryant, Golladay and Trufant are dealing with hamstring injuries. Dahl has a groin injury.

Golladay still hasn't made his 2020 debut yet after catching 65 passes for 1,190 yards and an NFL-leading 11 touchdowns to earn a Pro Bowl invitation last year. The hamstring injury prevented him from playing in the Lions' season-opening 27-23 loss to Chicago.

Patrick was a full participant in Friday's practice. Adams, Deguara and Turner were limited participants.