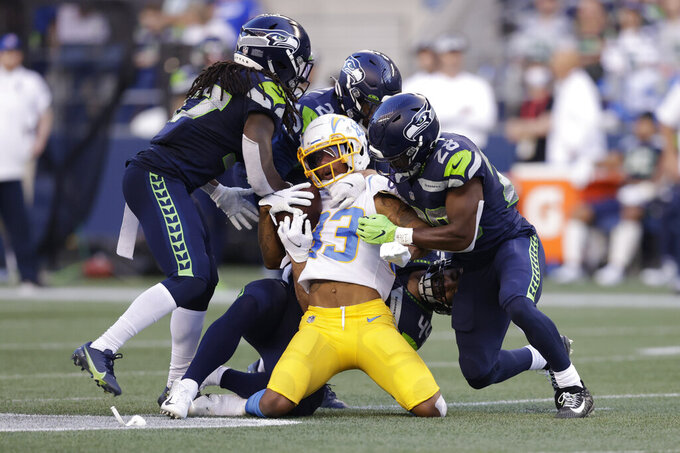 JACKSONVILLE, Fla. (AP) — Jacksonville claimed receiver Tyron Johnson off waivers from the Los Angeles Chargers on Wednesday, the only move the Jaguars made despite having first dibs on every player waived in final roster cuts.

Johnson spent time with Houston, Buffalo, Carolina and the Chargers during his rookie year in 2019. He played in 12 games for the Chargers last season and had 20 receptions for 398 yards and three touchdowns. The New Orleans native played collegiately at Oklahoma State.

The team also waived defensive tackle Daniel Ekuale to make room for Johnson on the 53-man roster and released safety Josh Jones from injured reserve via an injury settlement.