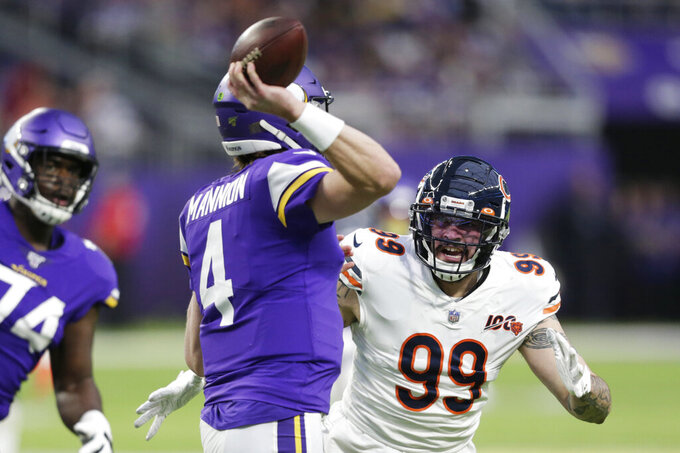 Lynch played 16 games for Chicago last year, totaling six tackles, two sacks and two passes defensed. Before his two seasons with the Bears, Lynch spent four years in San Francisco (2014-17). The 49ers drafted him in the fifth round in 2014.

Marsh and Lynch could help offset the potential loss of Ngakoue, who has no plans to sign his franchise tender and has asked to be traded.