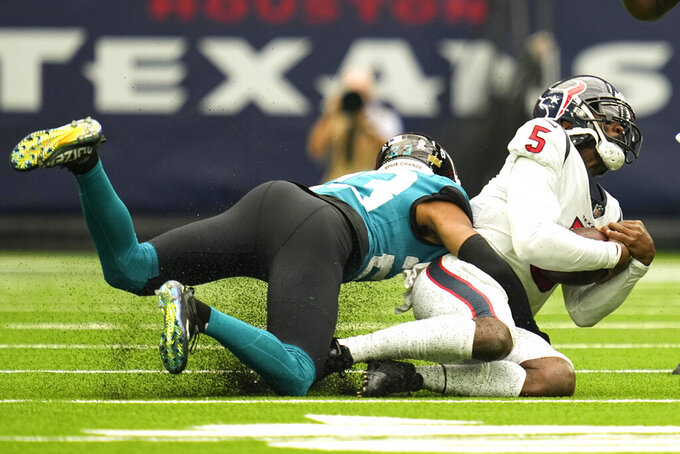 Henderson is dealing with a groin injury, and coach Urban Meyer called him questionable for Sunday's game against the Cardinals (2-0). Veteran Tre Herndon is still recovering from a knee injury that sidelined him the first two games for the Jaguars (0-2).

Las Vegas cut Lawson on Monday. He was suspended the first two games of the season for violating league policy on performance-enhancers. Lawson spent the previous two seasons with the Raiders. Before that, he was in Detroit for five years.

Lawson has 290 tackles, 34 pass defenses, three forced fumbles and no interceptions in 88 games.