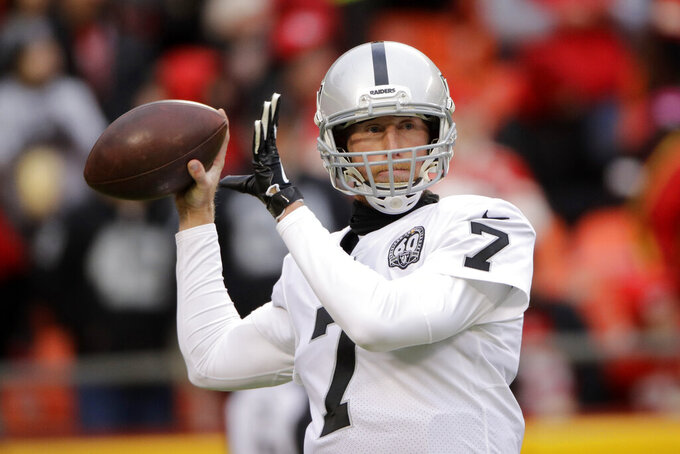 Glennon and defensive lineman Caraun Reid will earn $12,000 a week under a setup altered because of the coronavirus pandemic. Up to six players on each team's 16-man practice squad can be veterans with any level of experience. The previous rule had been a maximum of four players with some NFL experience, but no more than two years.

Sixth-round draft pick Jake Luton beat out Glennon for Jacksonville's backup spot, but the Jaguars likely would turn to Glennon early in the season if they needed someone to start in place of second-year pro Gardner Minshew.

Glennon has started 22 of 29 games over seven NFL seasons with Oakland, Arizona, Chicago and Tampa Bay. He has 36 touchdowns passes and 20 interceptions. His last start came in 2017.

Nonveterans on the practice squad earn $8,400 a week. They are not eligible to play in games.