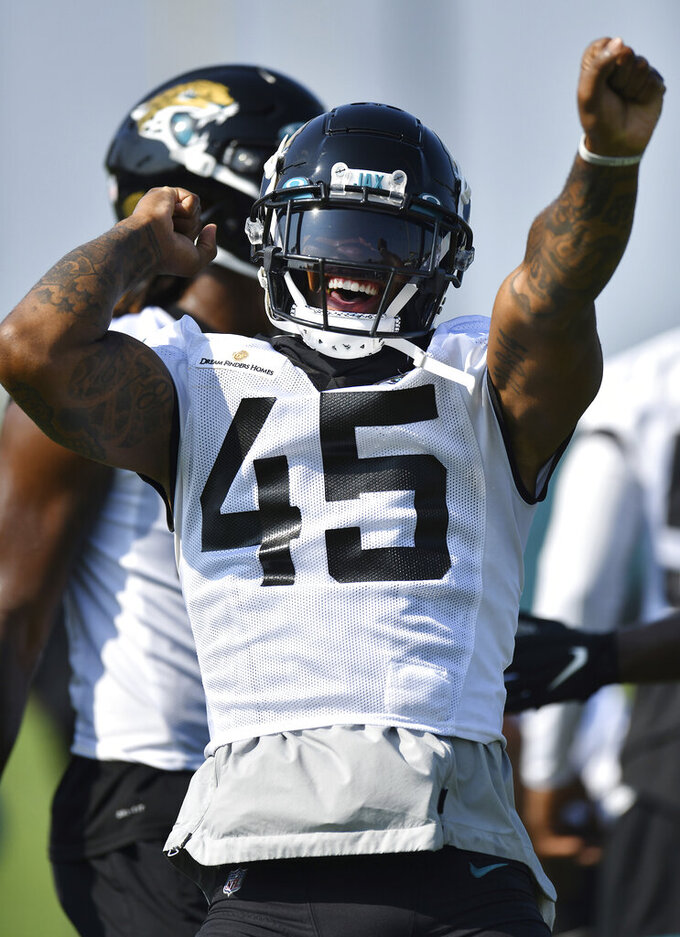 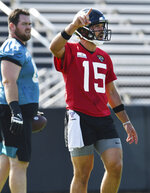 JACKSONVILLE, Fla. (AP) — Jacksonville’s receivers might as well have been wearing red jerseys on the first day of training camp.

They were as untouchable as rookie quarterback Trevor Lawrence.

Nearly a month after the NFL fined the Jaguars and coach Urban Meyer a combined $300,000 for excessive contact during an offseason practice, Meyer pretty much had his guys playing two-hand touch to open camp Wednesday.

No press coverage. No jostling for position. No batting down balls. And absolutely no interceptions.

Any complaints from the defensive backs?

“No, because they saw the fine,” Meyer said.

Jacksonville was docked $200,000 and Meyer $100,000 on July 1. The punishment stemmed from an early June practice in which the league deemed receivers and defensive backs had too much contact during 11-on-11 drills.

The league sent Meyer eight plays that featured “defenders going after a ball.” Meyer said three were incidental conduct and another was questionable at best.

The fallout, though, came at the start of camp as Meyer instructed his defenders to essentially take a hands-off approach to passes. The non-contact moratorium ends after five practices and in time for the first day in full pads.

“Very tough, very tough,” said cornerback Shaquill Griffin, who guaranteed he would have otherwise returned an interception for a touchdown. “I remember asking the coach a question. I said, ‘I know we’ve got to lay off, but if someone jumps over my head, catches the ball and does all the extraness, I’m going to lose it.’ He said, ‘No, Shaq, just move out of the way.’ I said, ‘Yes sir, I’ll move out the way.’

Jacksonville was hit twice as hard.

It was the latest example of the learning curve for Meyer, a three-time collegiate national champion whose first year in the NFL has already included a few missteps. He had to part ways with his strength and conditioning coach, an accused racist, and had to replace his special teams coordinator, who stepped away for personal reasons for the second time in less than a year. He also was widely criticized for signing 2007 Heisman Trophy-winning quarterback Tim Tebow to play tight end.

Nonetheless, players seem to have bought into Meyer’s college ways that helped him win three national championships at Florida and Ohio State. It starts with providing players the best of the best in everything — they just got a new rejuvenation room that features a cryotherapy chamber, a floatation tank, a photo-modulation cocoon and red-light therapy — and includes practicing at a faster tempo.

“It’s something different,” receiver DJ Chark said. “We want to win. If this is the way, that’s what we’re going to do, and that’s the plan. Let’s do it and see how it works.”

Meyer’s message to the team before camp was simple and backs up his “own it” theme that’s emblazoned inside the facility and on the fences surrounding the practice fields.

“Don’t make excuses. It seems like this whole world’s full of excuses right now; there’s no excuses,” he said. “Take care of your body. Training camp is hard. … Be a pro.”

And for one week, that also means defenders have to keep their hands to themselves.

“It’ll stop like that,” Meyer said, snapping his fingers.