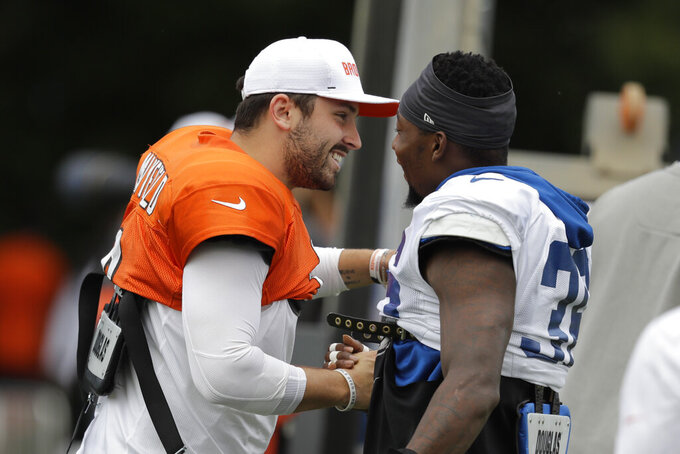 The team also announced it waived cornerback Montrel Meander and safety Santos Ramirez to make room on the roster.

Kindred spent the past three seasons with Cleveland, where current Jets defensive coordinator Gregg Williams served in the same role the past two years. The 2016 fourth-round draft pick out of TCU was waived by the Browns in April and claimed by the Colts, who waived him Monday.

Kindred has two interceptions, 12 passes defensed and 148 total tackles in 42 games, including 17 NFL starts. He can play both safety and cornerback.

Anthony played the past two seasons in Miami under current Jets coach Adam Gase, and was signed by Atlanta as a free agent during the offseason before being cut Sunday — three days after playing against New York in a preseason game. He adds depth at linebacker after the Jets lost Avery Williamson for the season with a torn knee ligament.

Anthony was a first-round pick of New Orleans in 2015 out of Clemson, and spent two seasons with the Saints before being traded to Miami early in the 2017 season for a fifth-round draft pick. He also has familiarity with Jets outside linebackers coach Joe Vitt, who was one of his coaches in New Orleans and a consultant last year in Miami. Anthony has 150 total tackles, one sack, an interception and two forced fumbles in his NFL career.

Meander was the first player acquisition by Jets general manager Joe Douglas, claiming him off waivers from Oakland in June. He also spent part of last season with Cleveland.

Ramirez signed with the Jets in May as an undrafted free agent out of Arkansas.