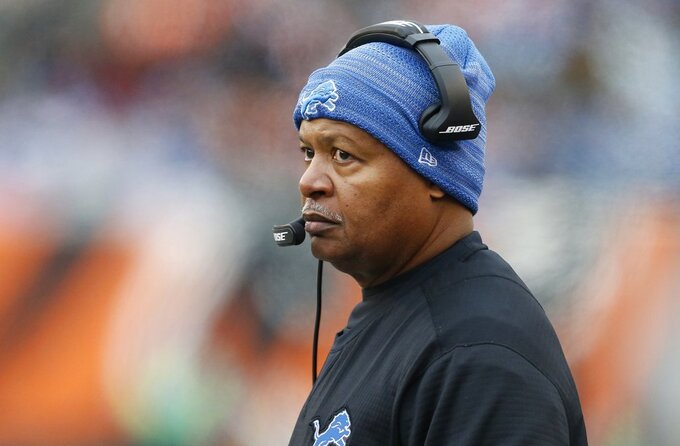 File- In this Dec. 24, 2017, file photo, then-Detroit Lions coach Jim Caldwell watches during the first half of the team's NFL football game against the Cincinnati Bengals in Cincinnati. The Browns have interviewed former Indianapolis and Detroit coach Caldwell for their job. Caldwell met Wednesday, Jan. 2, with general manager John Dorsey and others on the search committee at the team’s facility in Berea, Ohio. The team is confirming interviews after they are completed. (AP Photo/Gary Landers, File)

The meeting was announced by the team Monday. It marks the fifth known interview New York has conducted since firing coach Todd Bowles last Sunday.

The 63-year-old Caldwell was most recently Detroit's head coach, going 36-28 with the Lions from 2014-17. He also was 26-22 in three years with the Colts from 2009-11, including a Super Bowl appearance in the 2009 season. Caldwell also met with Cleveland and Green Bay for their openings.