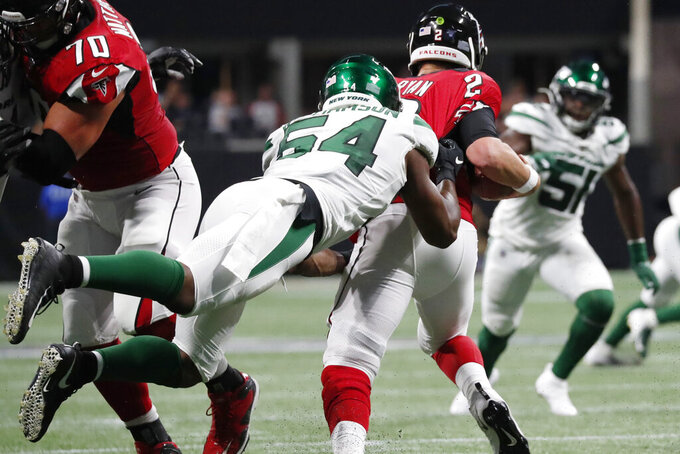 Williamson tore the anterior cruciate ligament in his right knee in the second quarter of the team's 22-10 preseason win at Atlanta on Thursday night.

Williamson was still in the game with 3:52 left in the first half with mostly backups playing when cornerback Tevaughn Campbell dived to defend a pass in the end zone and hit into the linebacker's knee.

McClellan signed with Baltimore as an undrafted free agent out of Marshall in 2010. He was released last October and signed with New England, where he was a member of the Patriots' Super Bowl-winning team.

The 33-year-old linebacker has 173 total tackles, three sacks and two forced fumbles in his career as mostly a backup and special teams contributor.