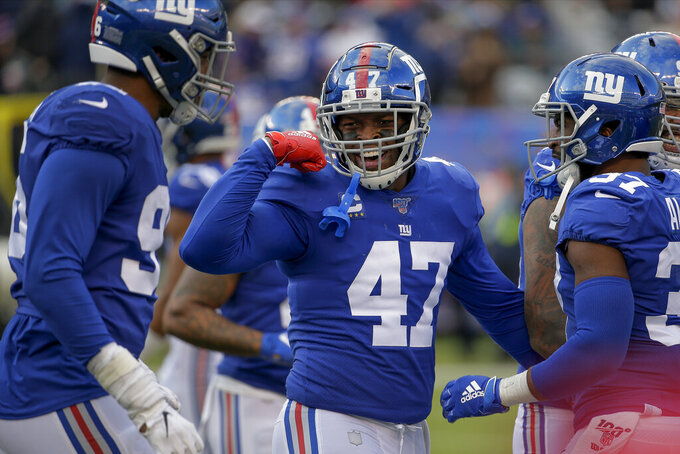 The 28-year-old Ogletree adds depth to the Jets' inside linebacker spot, where they have Avery Williamson, Neville Hewitt, Blake Cashman and Harvey Langi. C.J. Mosley opted out of the season because of family health concerns.

Ogletree also reunites with Jets defensive coordinator Gregg Williams, who served in the same role while the two were together with the Rams from 2014-16.

Ogletree was a first-round pick of the Rams out of Georgia in 2013. He was traded to the Giants along with a seventh-round draft pick in 2018 for a fourth-rounder and a sixth-rounder that year. The Rams took defensive lineman John Franklin-Myers with that fourth-round selection — and he’s also currently on the Jets.

The Giants released Ogletree in May after two seasons in a salary cap move. He has started all 93 games in which he’s played and has 676 career tackles, 41 tackles for loss, 7 1/2 sacks, 12 interceptions and 12 forced fumbles.

Scott was a fourth-round pick of Baltimore in 2018 out of New Mexico State. He played in three games last season and had one catch for 6 yards after spending his rookie season on injured reserve with a hamstring injury.