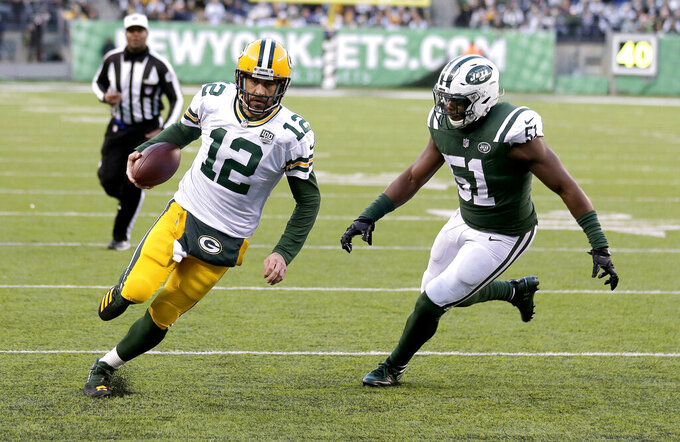 Falk started the last two games in place of Sam Darnold, who will play Sunday against Dallas after missing three games while recovering from mononucleosis. Falk went 47 of 73 for 416 yards with no touchdowns and three interceptions in three games with a 62.4 quarterback rating.

The Jets (0-4) have struggled in Darnold's absence, ranking last in the NFL in total offense.

David Fales will serve as Darnold's backup this week. The Jets also have Mike White on the practice squad.

Falk made his Jets debut in Week 2, when he entered the game against Cleveland for an injured Trevor Siemian — who suffered a season-ending ankle injury. Falk then started the next two games — losses at New England and Philadelphia.

Copeland was suspended the first four games of the season for violating the NFL's policy on performance enhancers. He has denied knowingly using a banned substance and said this week he will sue the supplement company for selling a product that was "contaminated" with an ingredient that wasn't listed on the label. Copeland should boost the Jets' pass rush after a career-high five sacks last season.

NOTES: The Jets extended the contract of NT Steve McLendon through the 2020 season. The 33-year-old McLendon has 11 tackles and one sack this season, his fourth with New York after seven with Pittsburgh. Considered one of the team's top leaders, McLendon re-signed with the Jets before this season on a one-year deal worth $2.5 million.