Kang 10-under 61 for the Nelson lead, matches course record 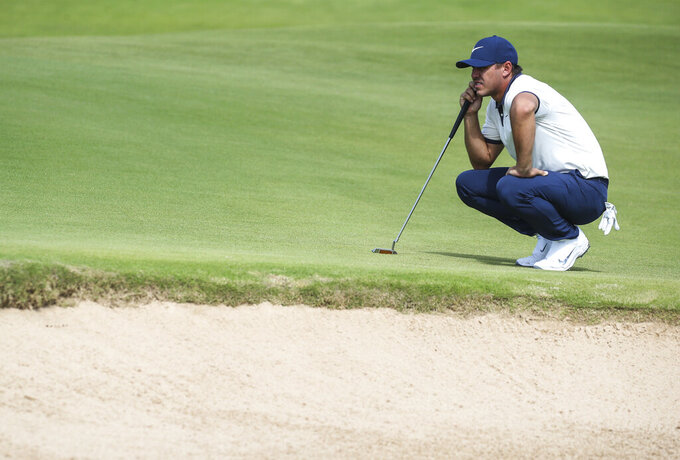 Brooks Koepka lines up to putt on the first green during the first round of the Byron Nelson golf tournament Thursday, May 9, 2019, at Trinity Forest in Dallas. (Ryan Michalesko/The Dallas Morning News via AP)

DALLAS (AP) — Sung Kang matched the Trinity Forest course record with a 10-under 61 on an unseasonably cool day Friday in the second round at the Byron Nelson.

Kang was 16 under after his round that included six birdies in a row. The 31-year-old South Korean, who lives in North Texas, led by four strokes at the end of the morning wave of players. His playing partner Matt Every was 12 under after his second consecutive round of 65.

Marc Leishman shot a 61 last year in the first Nelson round played at the links-style course near downtown Dallas.

With temperatures in the low 50s, Kang began his day with a 9-foot birdie on the par-5 No. 1 hole. His approach to within a foot of the cup at the 311-yard No. 5 set up the first of his six straight birdies.

Jordan Spieth shot 67 to get to 7 under. Former Dallas Cowboys quarterback Tony Romo, also a member of the club, was 8 over after a 74. He will miss the cut but won't finish last in the field.