Kitchens among additions to Judge's staff with N.Y. Giants 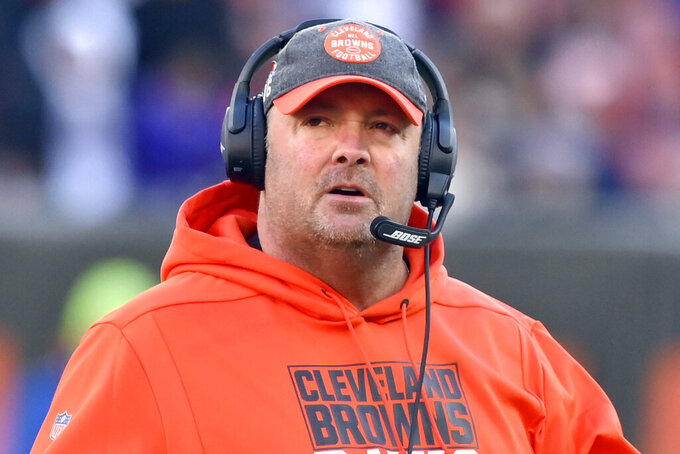 New coach Joe Judge announced his 20-member staff on Wednesday, retaining six men from Pat Shurmur's staff and filling out other spots with veteran NFL coaches and five from the college ranks.

Judge previously announced that former Cowboys coach Jason Garrett would be his offensive coordinator and Patrick Graham would handle the defense. Thomas McGaughey was retained as the special teams coach.

Tom Quinn was retained as the assistant special teams coach.

Judge worked with Bielema, Schuplinski, Burns and Sherrer either with the Patriots or at Alabama.

Kitchens was the Mississippi State running backs coach in 2004, when Judge was a senior at quarterback and special teams.

Colombo, Dooley and Brown worked with Garrett in Dallas.

Judge, who was the Patriots special teams coordinators and receivers coach before being hired by the Giants, said he wanted coaches who could teach and had a deep concern for their players.

“We had to find guys who can paint that mental picture for a player and find a way to tap into how they learn and get the most out of them," the 38-year-old Judge said. “To me, it’s a big trust factor with the guys I have on the staff. I have a personal relationship with a lot of these guys, professional relationships with nearly all of them. Guys who I have not worked with directly, I’ve competed against, I’ve known for some time."