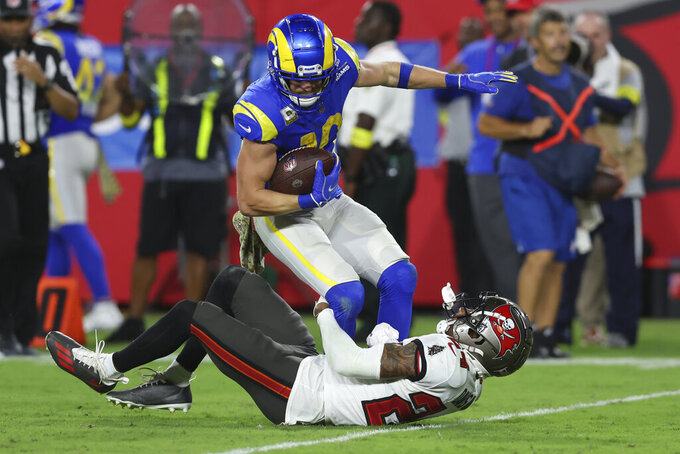 Kupp, who had surgery for a high ankle sprain last week, caught a 1-yard touchdown pass from Matthew Stafford with 1:25 remaining to give the Los Angeles Rams a 23-20 victory over the Cincinnati Bengals last February.

The award recognizes players around the league who “exemplify outstanding sportsmanship on the field.” It was created in 2014 to honor Art Rooney Sr., the late founder and owner of the Pittsburgh Steelers and a Pro Football Hall of Famer.

A panel of former players including Warrick Dunn, Larry Fitzgerald, Pro Football Hall of Famer Curtis Martin and Leonard Wheeler will select eight finalists, four from each conference. The eight finalists will be listed on the Pro Bowl ballot under the NFL Sportsmanship Award category when players vote in December.

The winner will be announced at NFL Honors on Feb. 9.

“These Rooney Sportsmanship Award nominees exemplify the fiercest competition combined with the excellence of sportsmanship," said Troy Vincent, NFL executive vice president of football operations. “It reflects the very values of respect, resilience, and fairness that inspire both teammates and opponents to be the best in the world.”

Each team nominated its own player. The list in addition to Kupp and Johnson: