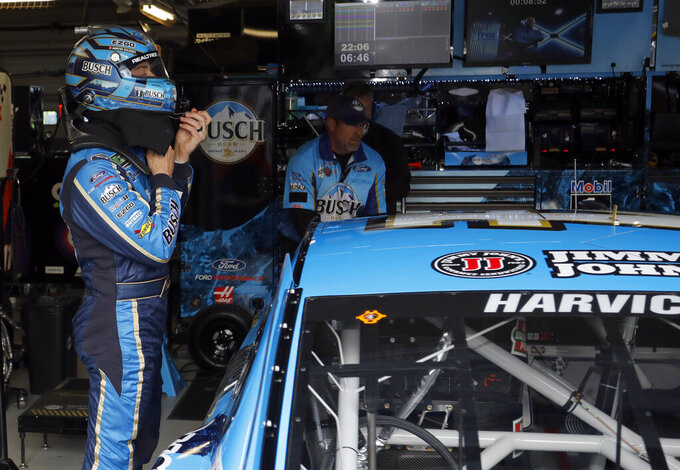 The car chiefs for Joey Logano, Chase Elliott and Kyle Larson were ejected after their cars failed inspection for a second time ahead of the NASCAR Cup Series race at Kansas Speedway.

All three made it through on the third try.

Pole-sitter Kevin Harvick made it through clean. Clint Bowyer will start next to him.

Kevin Harvick is on the pole and Stewart-Haas teammate Clint Bowyer will be right with him when the green flag drops on Saturday night's NASCAR Cup Series race at Kansas Speedway.

SHR actually swept the first four spots in qualifying, but Aric Almirola and Daniel Suarez were among numerous cars that failed inspection on Saturday. That means Almirola, who qualified second, and Suarez, who was fourth, will have to start behind all those who passed.

That includes the third row of Chase Elliott and Martin Truex Jr. as well as Kyle Larson.

Rain swept through the area early Saturday, but dryers were on the track all afternoon and the race was expected to start on time. More rain is expected to hold off until after the conclusion.