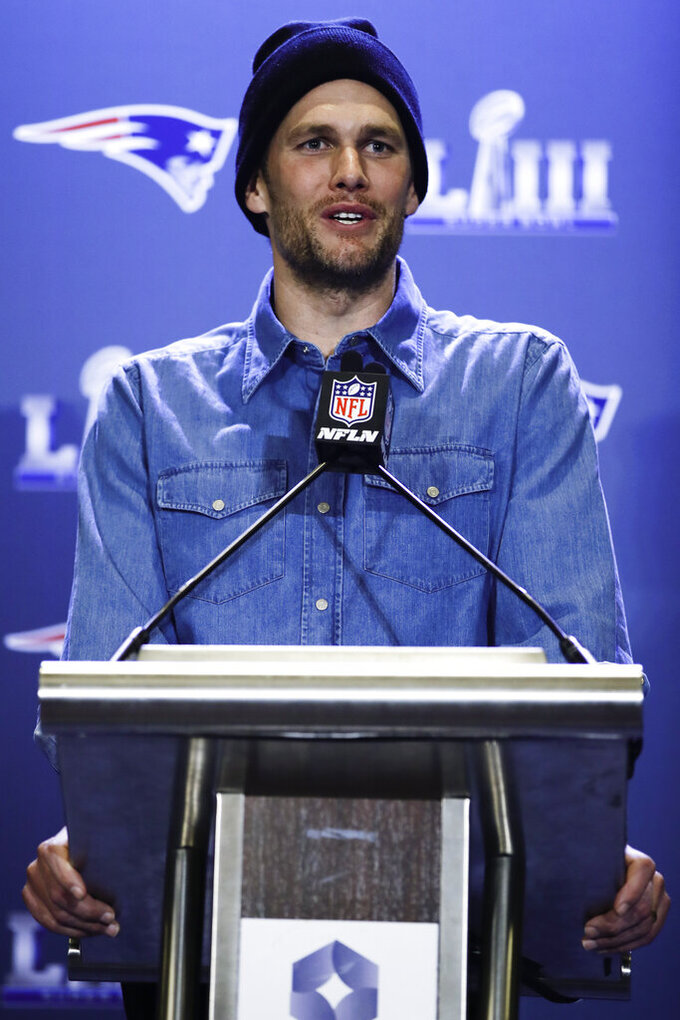 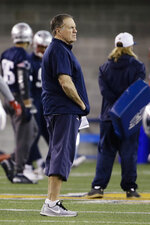 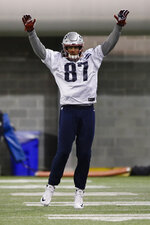 The Rams wrapped up their on-field work for the week outdoors at the Atlanta Falcons' training complex in nearby Flowery Branch.

"We're going into this game as healthy as you could hope for," McVay said.

Zuerlein wrapped up the practice with seven field goal attempts and four kickoffs. He was listed as limited in practice over the past two weeks with a sore non-kicking foot from a halftime warmup mishap at the Superdome in New Orleans. But the powerful kicker appears to be ready.

"He hit the kickoffs and his field goals really well," McVay said. "That's kind of what we expected. That's what we hoped, and he'll be ready to go."

Gurley got just five touches in the NFC championship game despite playing on 32 snaps. McVay said no injury is limiting his star running back, who missed two late regular-season games with a sore knee.

"We expect him to play a big role in this game," McVay said.

The Rams will spend the weekend at their hotel before heading to Mercedes-Benz Stadium on Sunday.

"Now, really it's about just tightening things up, making sure we clean up any of the last little details, a little bit over 48 hours out," McVay said. "But there's a confidence that I think has been earned. Certainly, we respect the Patriots, but we're coming here with the expectation of winning a game."

The Patriots were back to full participation as they returned to the practice field for their final workout before Sunday's Super Bowl.

The team gathered in the middle of Georgia Tech's field house and Lawyer Milloy, a safety on the Patriots' 2001 Super Bowl-winning team, broke the team huddle with its "Aww yeah!" catchphrase.

"He's one of us," coach Bill Belichick said. "He's here pulling for us. I appreciate that."

The practice session lasted a little more than an hour.

The team wore helmets and jerseys (no shells) and practiced with more tempo than in Thursday's walkthrough. Every player was a full participant, including linebacker Dont'a Hightower, who missed Thursday's practice with an illness, and defensive tackle Malcom Brown, who was limited on Wednesday with a calf injury.

"He did everything today," Belichick said of Hightower. "You could hear him talking out there, and that's usually a good sign with him. He has plenty of energy."

The starting offense and defense alternated 11-on-11 periods against the scout team, working at about three-quarters speed. Belichick said today's session was a "quick review" and similar to their regular Friday practice, just a little bit shorter.

The specialists already kicked at Mercedes-Benz Stadium mid-morning, so in the afternoon they used JUGS machines to run through different kicking situations during special teams periods.

"This is our sixth practice," Belichick said. "We have hit everything. I think we are ready to go."

The Patriots held one padded practice in Foxborough but did not work in pads during their week in Atlanta. "We went at a pretty good tempo. We've played a lot of football this year," Belichick said.

After the work on the field was done, Tom Brady, Brian Hoyer and offensive coordinator Josh McDaniels had a contest to see who could punt or throw the ball closest to the goal line without crossing it. Hoyer was the winner, landing a punt at about the 1-yard line. Belichick stopped to watch.

The Patriots didn't have anything scheduled for their players for the rest of the day. Belichick said players would be free to spend Friday evening with their guests. On Saturday morning, the team will have a meeting and then head to Mercedes-Benz Stadium for a team photo and a get-together with family and friends.

"We've still got a few things to review and cover, but I would say everybody now needs to just gear up for how we want to play the game and be ready to go out there and play it that way," Belichick said. "I think the next 48 hours are going to be really important, like they always are. Fine-tuning it and really zeroing in. Being physically, mentally and emotionally ready to go Sunday night."

Ronnie Barnes of the New York Giants has been given a lifetime achievement award at the Fritz Pollard Alliance Foundation's Johnnie L. Cochran, Jr.'s Salute to Excellence Awards.

The foundation, which promotes diversity and minority hiring throughout the NFL, presented the award Thursday night to the Giants' senior vice president of medical services at a hotel just outside Atlanta, the site of Sunday's Super Bowl.

The soon-to-be 67-year-old Barnes has spent the past 43 years with the Giants. He joined the team in 1976 as an athletic training intern. He became a full-time employee in 1980 and was named head trainer the following year. At the time, Barnes was the only African American athletic trainer.

Barnes worked with former commissioner Pete Rozelle to establish an NFL summer internship program for minorities, and he has been at the forefront in helping to make the game safer.

Giants Hall of Fame linebacker Harry Carson, the foundation's executive director, said many young people look at football and want to be players.

"So I'm glad to see him recognized by the Fritz Pollard Alliance, because he has done a very good job being an example of diversity, working with so many young people who have come into and through the Giant organization," Carson said of Barnes. "He has worked with males and females, so it's about gender diversity as well as racial diversity."

When it comes to merchandise sales, who else but Tom Brady?

According to the NFLPA Top 50 Player Sales List, based on total sales of all officially licensed NFL player merchandise from March-November 2018 — the most updated survey available — the quarterback ranks ahead of Dallas quarterback Dak Prescott. Brady leads New England into a Super Bowl for the ninth time on Sunday.

Rounding out the top 10 are Steelers receiver Antonio Brown, Texans QB Deshaun Watson and Bears edge rusher Khalil Mack, the only defensive player on the list.